ITV has been the most active TV company in the M&A space in recent times. The UK broadcaster’s content arm has been driving that, buying production companies in the US, UK and Scandinavia. Its boss, Kevin Lygo, tells Stewart Clarke about his goals for ITVS and that its buying spree will continue.

Soon after joining ITV as CEO in 2010 CEO Adam Crozier outlined his five-year Transformation Plan for the UK-listed commercial broadcaster. Defying the expectations of many industry watchers, the company has turned its fortunes around with notable programming successes and financial gains. The City and investors have bought into the vision and ITV’s share price has more than trebled since 2010, giving it a market capitalisation of over £7 billion (US$11.1 billion).

One of the four key pillars of the Transformation Plan was to ‘build a strong international content business’ and the recent strong performance has given the company the resources to make bets in the international market.

The man responsible for driving the content and the international growth is Kevin Lygo. Having been at the BBC in the 1980s and early 90s he moved to the commercial sector taking senior programming roles at Channel 4 and Channel 5. He took the managing director role at ITV Studios in 2010, when the broadcaster was at a low ebb commercially and creatively. Accordingly, one of Lygo’s tasks was to boost morale and the image of ITV Studios. “In one way it’s simple, you need good people, producers, writers, directors and so forth,” he says. “It’s also about creating a feeling of confidence and forward motion internally and to the people who buy your shows.”

Crozier has set challenging financial targets and ITV Studios is under pressure to play its part. In July, the ITV CEO predicted full year revenue for ITVS, online, pay and interactive would all be up double digit – explaining why within the company he has earned the moniker ‘Mr Double Digit Growth’.

Lygo enjoys talking about programming but is also quick to point to his ITVS’ financial performance: “On a stark piece of paper there are numbers and they show a strong story. It’s not the whole story, but it is one of growth and profit and more spending on programming and development. That attracts people to come and work here or to buy our shows.”

If Crozier is making bullish forecasts, the ITV Studios boss is doing the same for his unit. “The aim is for content to be as large a contributor of profit as the broadcast division,” he says. “I can see the international business being as big as the UK business by the end of next year.”

The acquisition of a raft of international production companies has helped build a positive news flow and Lygo clearly relishes the buzz the M&A is causing, readily acknowledging that it is stoking speculation and rumour about who ITVS might go for next.

That narrative, about growth and acquisitions, is part of the brand building and effort to change the perception of ITVS from an adjunct to a struggling broadcaster to an international content business.

“I think the acquisition strategy gets people talking and gossiping, asking ‘why are they buying that company, what’s going on there?’ The acquisitions have been very well received. They have been of smallish, bespoke companies but signal that we are interested in high quality programming,” Lygo says.

The structural challenges that ITV faces remain; a fragmenting audience, more competition and a lacklustre TV ad market. It is a recognition of the challenges facing free TV broadcasters that not losing ratings ground is something to cheer: “It’s only September but this is the first time in years that we are not losing share year on year,” Lygo says.

The wider context is that the challenging domestic market is the reason for branching out. “It’s a fundamental pillar of the strategy,” Lygo says. “We all know that being too reliant on advertising leaves you in a precarious position, so to balance the company with a really strong content division has long been the goal for everyone at ITV. Now we’re putting that into practice.”

The international expansion eases the passage of ITV shows and formats around the world, feeding the distribution catalogue and diversifying revenues streams.

Distribution is handled by ITV Studios Global Entertainment unit with Maria Kyriacou at the helm. Recent ITVS GE successes include drama series Mr Selfridge (pictured, left), which has been shopped into over 100 territories and the Come Dine with Me format (pictured, below right), which has been remade in approaching 40. The sales arm is also picking up third party content with AMC drama Rectify a notable recent example.

Having a network of international producers should, in theory, be giving ITV access to a raft of proven shows that could end up on the UK network, but in practice that is rarely the case. There is, however, positive movement in ITV’s commissioning strategy in part borne out of a closer relationship to ITV Studios, which is placing more shows on ITV channels.

“There’s better shorthand internally and we’re getting more stuff commissioned,” Lygo says, adding that that openness will ultimately extend to its international content. “The UK is a very self-contained market other than the odd American format or acquired programme. There’s a reluctance to [try] entertainment formats from elsewhere, but that will change. The Holy Grail is getting an international show on the network.”

The domestic challenge for ITVS is to continue delivering more to the network, ideally one of the channel defining dramas – Downtown Abbey and Broadchurch generate great buzz and ratings for ITV but are owned by NBCUniversal and Shine respectively – and a big entertainment show. The company has high hopes for (ITV-backed) 12 Yard’s entertainment series Big Star’s Little Star. Upcoming scripted highlights includes period medical drama Breathless (pictured) and Lucan, a two-parter about the enigmatic aristocrat. 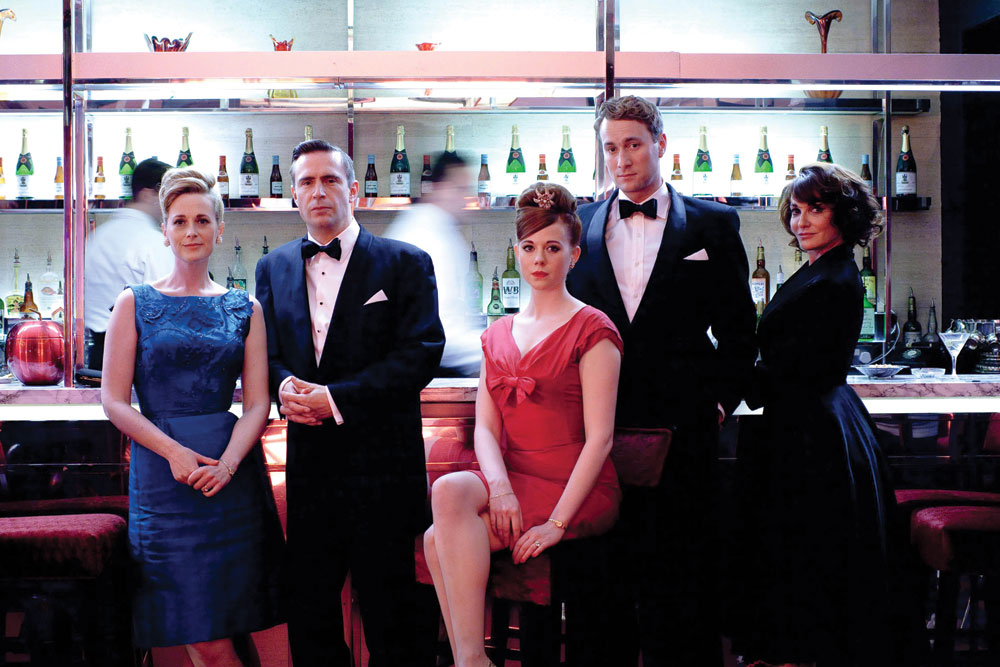 Another reason for the international focus is that the dynamics of certain markets, notably the US, are more attractive than those of ITV’s home turf. Unlike the UK with its small concentration of buyers, the US has a burgeoning cable sector and increasingly open broadcast networks, offering an ever-wider array of opportunities.

“The focus is the US, there has been a small acquisition in Scandinavia and we keep our eyes on other things, but it’s about the US,” Lygo says. “The appetite for content is almost insatiable and I think that if you have a good idea now you will get it away. If you don’t get it away at the first network you can try the next one and by the time you get to the seventeenth, hopefully you have sharpened your pitch sufficiently to get a deal.

“We feel our acquisitions [of indies valued] under US$100 million in the US have worked well; they are super profitable high-margin businesses.”

As a UK buyer of US companies, ITV Studios says it can bring investment, production nous, international distribution and its connection to the UK network to the table. Lygo claims that ITV Studios has not failed to buy any US prodco it has targeted.

The quandary with US indies is invariably rights ownership. ITVS says it will pick its battle and does not want the relationship that its US producers have with channels to change. Where it does want rights, the company accepts it needs to stump up some cash.

“You have to be clever and think where the value is, you could have a battle about rights and find out they are not worth anything, some shows don’t have a value outside of the US,” Lygo says. “On some other shows rights will be a battle and there we will deficit finance. We are a big international distributor and we will share the risk.”

There is already an ITV Studios Nordic operation following deals for Mediacircus and Tarinatalo and the buying spree is not about to stop although it will have a US rather than European flavour. “We’re growing significantly and, internationally, the content acquisition strategy will continue for a while,” he says.

Since September the US operations have been housed in a freshly minted division, ITV Studios US. It is run by president and CEO Paul Buccieri and Orly Adelson (pictured, left) has come on as president of ITV Studios America, joining from Dick Clark Productions.

Crozier says that combined, the US division is one of the five largest independent production groups in the US. The result of the US activity can be seen in the number of shows the group is getting away, with the total rising from 12 across seven channels in 2010 to a forecast 64 across 34 channels in 2013.

The US-focused M&A will continue with deals shaping up, but they may take a different form to what’s gone before. “We will have a continued presence in the US and there will be more acquisitions announced quite soon,” Lygo says. “One significant step will be a move into scripted in the US. That’s about working with individuals or in partnerships and setting people up. We have done enough to make people think we are serious. We started at the docs and entertainment end of the spectrum and have done what we said we would, so people are taking us more seriously.”

Looking ahead, the goal, the ITV Studios boss says, is simple: “It’s about making more programmes. It’s a fantastic time to be a producer here in the UK and even more so in the US.”