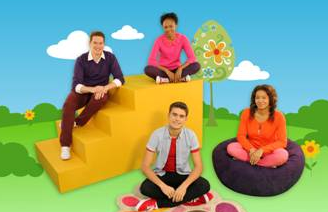 My Bleeping Life comes from Genie in the House’s Phil Ox, who operates prodco I Love Television, and Grant Cathro. Raycom and Ox say they have ”already attracted significant production finance” and will be seeking to raise the excess at MIPJunior.

The live-action comedy centres around a suburban family that takes in an extra-terrestrial shape shifter from an advanced civilisation.

A year after Raycom launched, it has acquired shows such as Olive the Ostrich from Blue Zoo and new CBeebies mixed media Magic Hands from Remark Media.

Rayson said: “Raydar is excited to be at its first MIPCOM Junior with such a strong and varied slate of childrens content. Not only are we collaborating with established world class kids TV producers such as Blue Zoo and Moi, J’aime la tele, but we are also proud to be working with up and coming kids producers like Remark Media whose confident and individualistic approach to preschool content is gaining huge acclaim on Cbeebies in the UK.”

DLT-Raydar will be in Cannes selling shows such as My Family, Flatmates and Our Girl.