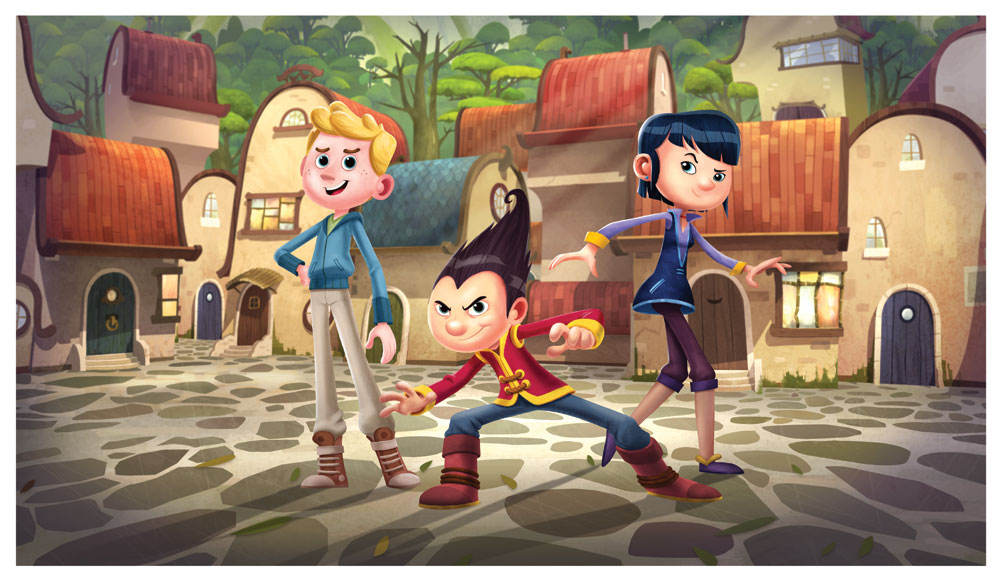 The Tashi book series comes from mother and daughter writing team Barbara and Anna Feinberg and is being brought to the small screen for the first time by Australian producer Flying Bark.

The books and 52x11mins TV show tell the story of Jack, a young boy bundled off to stay with a distant cousin, the titular Tashi. The pair then embark upon wild adventures in and around Tashi’s fantastical village, battling ghosts, witches, bandits, demons, dragons and other creatures along the way.

Flying Bark is the lead producer with Telegael Teoranta and Indian studio Discrete Art also on board. Flying Bark parent company Studio 100 is handling international sales and will launch the CGI show in Cannes with early interest reported from Canada, Germany and the UK.

The TV show has a unique visual style that will set it apart, according to Flying Bark managing director, Jim Ballantine. “Tashi’s design draws on the new wave of integrated 2-D/CG animation techniques resulting in a contemporary and vibrant blend of colour and complexity,” he says.

Clearly leaning heavily on the book series with its themes of friendship and diversity of culture, the creative has nonetheless been tweaked for TV. “The series is heavily inspired by the book, however we have adapted our scripts and storytelling to resonate with audiences globally,” Ballantine says. “We bring to life the characters in animation based on how we – and children – see them from the book.”

In Australia it will unusually be on both the ABC and its commercial counterpart Network Seven, which will get it first. Currently in preproduction, the series is aimed at 7 to 11s and delivers late next year.