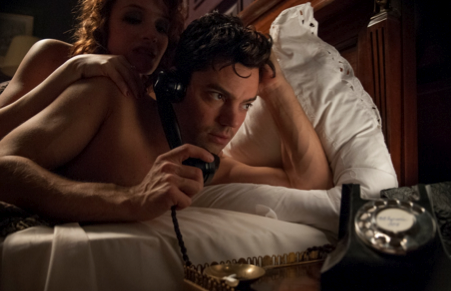 Everybody has heard of the late Ian Fleming, but who was he? This is question Douglas Rae, founder and managing director of Ecosse Films, says he set out to answer in this new Sky Atlantic and BBC America coproduction.

Rae claims Fleming will tell the true story of the late author behind the James Bond franchise, who he describes as “a true enigma”.

Fleming’s life mirrored the one he created for Bond, though often in far less glamorous ways as the miniseries will highlight. He spent the Second World War as a British intelligence agent before moving into newspapers and finally on to spy writing. “This is a warts-and-all examination of a man who really wanted to be someone else,” Rae adds.

The Fleming estate turned down Ecosse’s approach for input as it is already working on developing a feature film with director Duncan Jones, so this four-part biopic will use transcripts from Fleming’s family and close confidantes collected by Fleming biographer John Pearson to create an authentic look at his life. “We’ve got those typed manuscripts so we feel very well researched on it,” says Rae.

Shooting on the period piece took place primarily in Hungary to utilise local tax breaks and because of the “scale Budapest offers”, Rae explains. “At one point, we had to shoot the Admiralty, which is a huge building in London, and it was easier cost-wise to take over a building in Hungary than to get the real thing. Rather ironically, the building we got was a former Communist Party headquarters.”

Other scenes were shot in London and Majorca, which stood in for Jamaica, where Fleming wrote Bond novels including Dr. No and Live and Let Die.

In Cannes BBC Worldwide will be going big on the series, which is set to launch in a primetime slot on UK satellite channel Sky Atlantic in early 2014. US cable channel BBC America has taken advantage of stateside interest in Bond by coming on board as a coproduction partner.