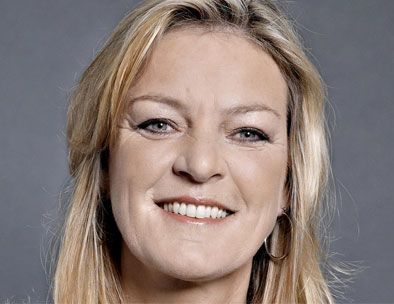 It is a good time to reflect on some of the trends we have seen in the format world over the last year. Personality driven reality shows, with the likes of Jersey Shore, Duck Dynasty and The Kardashians, have started to branch out into more character driven series (a trend that has come from the US), and are moving away from the focus being on a group of characters to a select few or on one particular character – Barbie’s Wedding in the Netherlands being an example of this.

Another major trend all over the world, which is showing no signs of abating, is the demand for celebrity driven shows. Programmes such as Dancing on Ice, Dancing with the Stars and I’m A Celebrity Get Me Out Of Here! followed by new hits like Celebrity Splash are still immensely popular and consistently pull in huge viewing figures.

Scripted reality is also back in favour. As the focus with these shows is on the story itself, the viewer does not mind about the level of acting – so using unknown actors is a way to tell the story as if it were real. This is a completely new format, and it’s a trend that we will continue to see more of across the world.

Besides that, fiction – or created reality – is also a key trend at the moment and we are receiving more and more requests from fiction producers to join FRAPA. There is big demand in the US for fiction formats, a successful example of this is Homeland, which was created in Israel and adapted in the US, resulting in the big success of the US series in other countries in the world too.

Format protection is always an issue and is one of the reasons FRAPA exists. It has been proven that 99% of the time, rip offs don’t work, despite any attempts to make it look like original programming, it never does and viewers will always see through it. One example of this was a dating reality show in the Netherlands when a farmer was looking for new wife, which viewers identified as a rip-off of Farmer Wants a Wife although it was in fact closer to The Bachelor. As a result the programme didn’t score well in the ratings. The audience is a programme’s ultimate critic and ratings are always a reflection of this.

The role FRAPA plays in the format world is threefold. Firstly, FRAPA offers support in infringement cases, helping our members to analyse formats that have been ripped off. FRAPA board members can also provide support by operating as mediators between parties and as witnesses if cases were to go to court. The second way we operate is to help members construct deals when selling formats, by offering consultation and supporting them in making a deal that is fair in relation to the format they are selling. The third way we support our members is through special events, and by exchanging experiences in deal making and on problematic countries and companies. We help producer’s associations in different countries tackle problems with regard to format rights. Our role is to help producers and format creators to get a bigger piece of the pie by talking to organisations who divide that money.

Global hits aren’t always an overnight success and can often take some time to bed themselves in. Who Wants to be a Millionaire went through several format changes before it became a global hit. A combination of a good format and great marketing makes a show a global success, marketing really is key, as proven in feature films, where the marketing budget is usually twice or three times the budget for the film itself.

At FRAPA we see a lot of new formats, and many of those ideas need development. The one question that never changes is that everyone always wants a format for a prime time show. So, how can you achieve this? The Voice is an example. Yes, it is another talent show, but the turning of the judges chairs in combination with the blind auditions are a unique format within that theme, and that’s the key. It is an example of how you can take a successful theme and build on it – if the theme you are working with is already strong, it really all comes down to the new elements you create within it.

Tags: Absolutely Independent, Celebrity Splash, Dancing on Ice, Dancing with the Stars and I’m A Celebrity Get Me Out Of Here!, Duck Dynasty, FRAPA, Gertjan van Valen, Jersey Shore, Patty Geneste, The Kardashians, Who Wants to be a Millionaire?