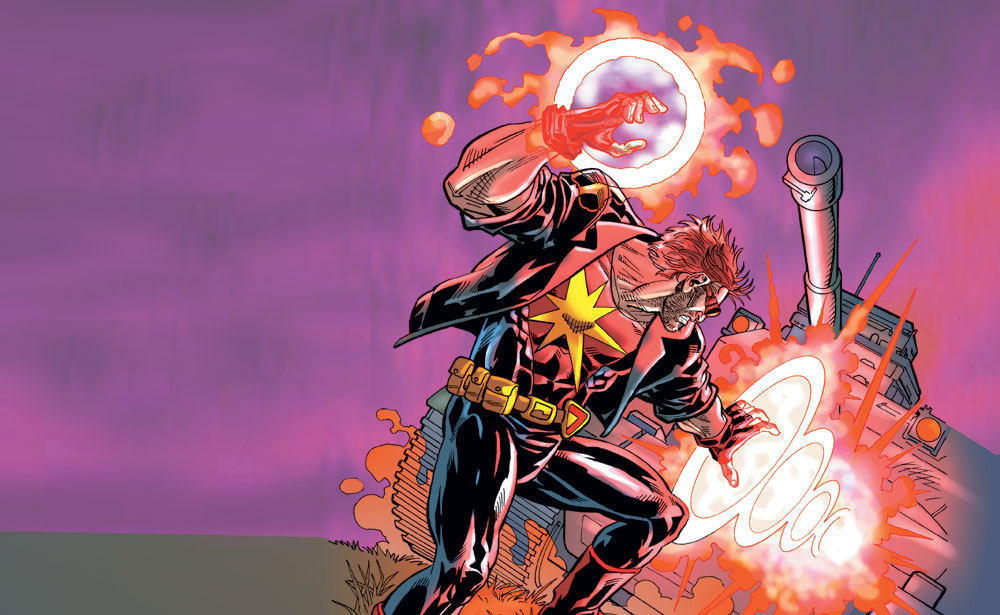 TV superhero properties are riding high as big budget movies drive interest beyond the fan boys who routinely lap up the genre. But what’s hot in the world of superheroes and can anyone break the duopoly of Marvel/Disney and DC/Warner Bros? TBI dons its superhero cape and investigates.

The marketing budget alone of a studio superhero movie might be ten times that of an animated superhero TV series for kids. The two are incomparable in financial terms and yet the slew of hit live-action superhero movies has reinvigorated the, mostly animated, TV shows.

There have been notable spikes in the popularity of superheroes in the 1940s and 1980s and while DC and Marvel characters are part of large, vertically integrated studios, a stream of recent movie hits with their superheroes has widened the appeal of the genre. The movies theatres are not just full of Comic-Con-attending fan boys, but families and couples.

Across a wide group of consumers, superheroes currently wield not just powers of amazing strength, speed or intelligence, but great box office pulling power and TV wants a part of that.

The superhero business is steeped in comic book history and is firmly controlled by two of the giants of the entertainment business: Warner Bros., which owns DC Comics, and Disney, which spent US$4 billion buying Marvel in 2009.

In fan terms that means a stable including Superman, Batman and Wonder Woman in one corner and Spider-Man, Hulk and Captain America in the other. In TV terms that means Cartoon Network, also owned by Warner Bros. currently has Batman: The Brave and the Bold and Young Justice and Disney has shows including The Avengers: Earth’s Mightiest Heroes!, Ultimate Spider-Man and The Super Hero Squad Show.

While comic books are the cornerstone of the superhero genre, translating them to a TV series is a challenge. A TV half-hour needs more story and it generally needs a main narrative and a sub story.

Meanwhile, the biggest shake-up to the power structure in the superhero world in recent times was Disney’s acquisition of Marvel, which previously had production deals with Nickelodeon and Lionsgate. Marvel’s role within Disney has only increased since it became part of the Mouse House. 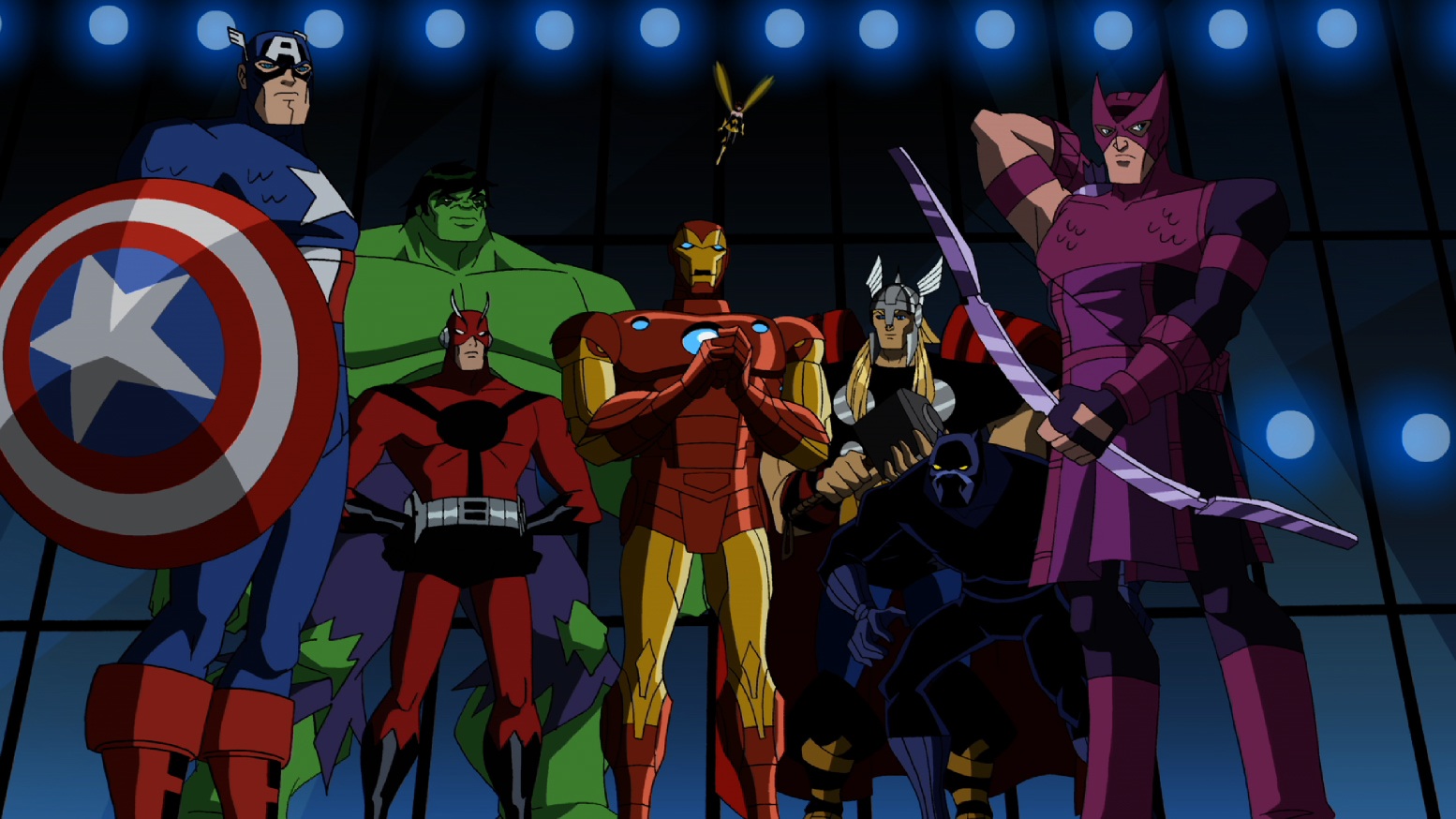 “We introduce kids to these characters for the first time and with something like Superhero Squad we introduced a wide number of characters to younger viewers,” says Cort Lane, vice president of animation development and production at Marvel Entertainment. “There is over fifty years of TV heritage with the characters, but we are bringing its properties up to date. We present them in a way different to when they were introduced in the 1960s and also take the opportunity to introduce new ones.”

Lane swapped the world of Mattel and Barbie, where he was an executive, for Marvel and is a self-confessed superhero fan, citing The Avengers and Avengers’ hero Hawkeye as the properties he most wanted to see on screen. But which characters, in a universe of over 8,000, to choose to develop?

“The fan boys and everyone in the studio are keen to introduce obscure characters that they love, but they don’t always drive the relationship with the brand and core characters in a way that is good for us,” Lane says.

“What’s different for Marvel is we have a broader platform to launch. We see the Marvel universe as integrated and linked in the way the movies link together and you can also see that with our series. There’s a sense of a shared universe.”

In practice that means the TV series will be in sync with the blockbuster movies and will leverage that buzz and awareness. Accordingly, Ultimate Spider-Man is on air and Avengers Assemble will launch next year, replacing current series Avengers: Earth’s Mightiest Heroes!

“After season two of EMH there was an opportunity to do something fresh and we had a successful movie to look to as a source of inspiration, so it will be what happened after that series, it’s more about the characters and the relationship between them and they have more standalone adventures,” Lane says.

Hulk is also hot and Mark Ruffalo from the Avengers Assemble movie has signed on to play the character in more feature films. Disney’s broadcast network ABC is also developing a Hulk TV series.

Lane says: “Fans say that Hulk is a breakout character from the Avengers film and we have wanted to do a Hulk series for a very long time. It will be very different, it will be an action series with family sitcom crossed with reality TV elements. There will be conflict and comedy.”

Marvel and DC aside, numerous other companies are trying to tap into the superhero fan base. “If you walk the halls at MIPCOM you will see dozens of superhero properties that you will never see or hear of again,” says Sander Schwartz, president, Kids & Family Entertainment at FremantleMedia Enterprises. He is well-placed to comment on the superhero genre having been chairman of Warner Bros. Animation between 2001 and 2007, a stint in which he worked on Batman, Wonder Woman, Justice League and Superman TV series and TV movies among others.

He says: “It is indeed a challenge to break through when there’s a new Batman from Warners or new Avengers movie from Marvel, but the resulting TV shows are only going to one broadcaster: Marvel shows are going to Disney XD and Warners’ shows to Cartoon Network. But they are not the only broadcasters of kids action adventure, other broadcasters want to be in that genre and even with a Disney, Cartoon Network or Nickelodeon, there is only so much in-house content they can produce. So, you need to produce a show that can fit with their shows and can also compete with them head to head.”

FME’s attempt to break in is Max Steel, a show based on a Mattel action figure that originally aired on The WB network in the US, ending in 2004. The new 26x30mins series, produced with Mattel and NerdCorps, has been sold to Cartoon Network Latin America, having been very popular in the region first time out. Another deal covering numerous countries and another in the US are understood to be in the works.

Paul Robinson, the ex-Disney senior VP and cofounder of the KidsCo channel, is also attempting to break into the superhero world at his new company, with the help of one of the biggest names in that world, Stan Lee. Robinson is now president of Andy Heyward’s producer and distributor A Squared Elxsi Entertainment.

The show is Stan Lee’s Mighty 7 in which the comic book legend teaches seven aliens that land on earth to be superheroes and in turn win over the human population. “Stan is known for creating X Men, Fantastic Four, Hulk, Spider-Man and others, but this is his first-ever animated movie and first time he’s been a character,” Robinson says. “The movie sets up the series and gets the whole franchise up and running. It means that when the subsequent TV series launches the back story is set and it can focus on new stories.”

The plan is for the TV movie to enter production in September and deliver in summer 2013. No broadcaster is attached yet, but Robinson says that the first deals are about to be announced.

One new property that has started to breakthrough is Teksheel Media and Endemol-produced series The 99.

Having started out as a comic book, it has generated a huge amount of publicity with US president Barack Obama praising it for capturing the imaginations of young people through a message of tolerance. In the wake of scandals about Islam and cartoons The 99 has also had column inches in mainstream press including the New York Times. But although the stories are based Islamic virtues, creator Dr. Naif Al-Mutawa says these are universal and it is not an ‘Islamic show’ any more than many Western superheroes are ‘Christian’.

“Superhero language is steeped in cultural and biblical archetypes,” he says. “The West has a phenomenal formula and I thought let’s tap into that and create new stories. I thought there was a gap in the market, but I never thought we were making IP for the Middle East, it was always for a global market.”

However, not everyone has seen it that way and the US has proved particularly problematic in terms of getting the show on air. Endemol Worldwide Distribution has sold it to broadcasters including ABC (Australia), RTE (Ireland), TV3 (Latin America) and SABC (South Africa). In the US, Discovery and Hasbro joint venture channel The Hub acquired the show. It has, however, never transmitted it.

“In the US the broadcaster was The Hub, but they just sat on it, which was the distressing part, there was a fear of losing ad revenue,” Al-Mutawa says. “The same people that came after [TLC show] All-American Muslim came after us.” He adds: “When you get as much attention as The 99 has people can get different ideas about your work, even if they haven’t seen the product.”

The second series of the TV show is in production and Teksheel is speaking with funds in the Middle East about backing a movie. The comic book version of the property also had a six-issue crossover with DC’s The Justice League (its first since the DC-Marvel Amalgam series) and Al-Mutawa says he would like to take that idea to TV.

There is a long history of comic book crossovers, whereby characters move into different worlds and battle with and against other characters – as well as fictional characters meeting their real counterparts such as Superman Vs. Muhammad Ali, The Punisher Meets Eminem or Batman teaming up with Sherlock Holmes. This is continuing on the small screen following the famous DC-Marvel crossover of 1996/7 when they put out a series of comics under the Amalgam imprint and characters from both worlds met and fought each other.

Disney and Marvel are working on a crossover special in which Disney’s characters and the Avengers meet in the middle: Phineas and Ferb: Mission Marvel.

Marvel’s Lane says: “It’s very collaborative, they drive the story and we mutually agree on characters that drive the story. Beyond that, Disney provides opportunities, it has the distribution and a network of partnerships.”

Not all superheroes on the small screen are animated as proved by Saban’s Power Rangers, which is distributed by Marvista Entertainment. The other difference to content from the DC-Marvel axis is that it is solidly a TV show. 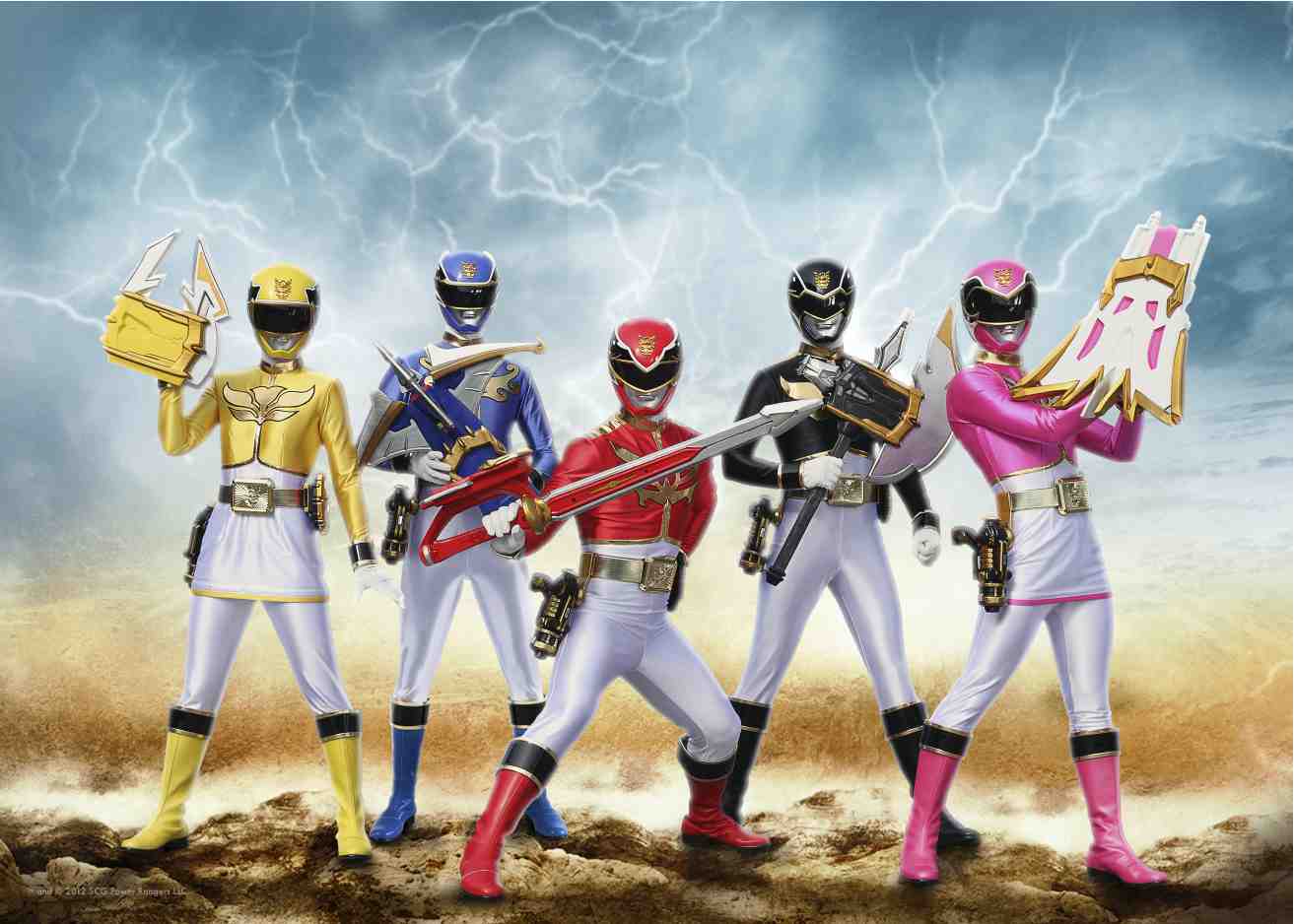 “It’s now been in existence for twenty years and it is primarily TV-driven, it’s not a theatrical property that needs to be reinvented periodically with the risk that doesn’t go so well,” says Marvista CEO Fernando Szew.

Since Saban bought the property back and relaunched it, it has sold widely. Appropriately, given it is neither DC or Marvel, it now airs on the third of the big three kids nets, Nickelodeon.

The US studio’s upcoming slates are full of more superhero features, using both well and lesser-known characters. DC and Marvel’s strategy regarding animated spin-offs for kids is relatively easy to divine by looking at what happens on the big screen. Many others are placing bets that the buzz and hype around these movies will propel their superhero TV series to the next level with and help them win their own battle, in this case for TV eyeballs.