As costs rise, broadcasters are turning to each other to fund event TV, reports Tim Adler

If you had to pitch the perfect television movie, it would probably involve a young woman who finds herself in peril while trying to get married at Christmas. So says, Marina Cordoni, vice president movies at Canadian producer Breakthrough Entertainment. Cordoni is developing two more TV movies in its Shadow Island Mysteries series, which feature a female sleuth who has a knack for stumbling across deadly puzzles. Breakthrough shot both Shadow Island Mysteries TV movies back to back, shaving US$1 million off the US$1.5 million each feature would have cost to make separately.

More importantly, Breakthrough made both Shadow Island Mysteries with three undisclosed European partners, the Canadian producer doesn’t want to give away its funding “secret sauce”, says Cordoni. It is this model of coproducing one-off TV movies and bigger-budgeted event miniseries that is gaining traction among independent producers and broadcasters across Europe and in the US.

Part of the problem is that costs are rising for both one-off TV movies and more ambitious miniseries. Fernando Szew, CEO of Los Angeles-based producer Marvista Entertainment, says that TV movies in the US now cost anything between $2.6 million and $8 million each to produce. Meanwhile, the cost of shooting in Europe is rising between 4-10% each year.

Martin Moszcowitz, head of film and TV at Munich-based producer Constantin Film – which makes TV movies for all the German broadcasters – says that budgets have come under pressure as broadcasters try and squeeze as much as they can while demanding better-looking, richer shows. It is increasingly difficult for a single broadcaster to fully-finance the kind of big TV movies they want. “You cannot just ask for more and more and pay less and less,” he says.

The requirement to shoot in high definition is another challenge producers must factor in given that shows aired in HD tend to show up budgetary constraints: you need better lighting, bigger production design and more elaborate costumes, all of which further stretches the budget.

Although producers that TBI talked to all make TV movies and miniseries, they are two distinct markets.

The market for television movies in the US has contracted over the past decade, mainly due to networks scrapping slots. However, the TV movie lives on, on American cable channels.

Cordoni says the market will never go away, especially for TV movies aimed at the female demographic. “Demand fluctuates but the 90-minute television movie is here to stay. There’s always an audience for a get-in, get-out TV movie in which the story is told in 90 minutes. Women nowadays are so busy with the seriousness of life. A lot of female friends in my age group are looking forward to just being entertained.”

One of the biggest buyers for female-skewing TV movies is US cable channel Lifetime, which still shows a made-for-TV movie on Saturday nights before repeating them early the following week. And, just as Hollywood has contracted, spending more money on fewer and fewer blockbusters, so A-list talent has turned to starring in TV movies. Rob Lowe (The Drew Patterson Story), Kristin Davies (Of Two Minds) and Hayden Panettiere (Amanda Knox: Murder on Trial in Italy) have all starred in Lifetime shows. Lindsay Lohan is in early talks to play Elizabeth Taylor in Lifetime’s original movie Elizabeth & Richard: A Love Story, chronicling the love of movie icons Taylor and Richard Burton, which hopes to shoot in May. 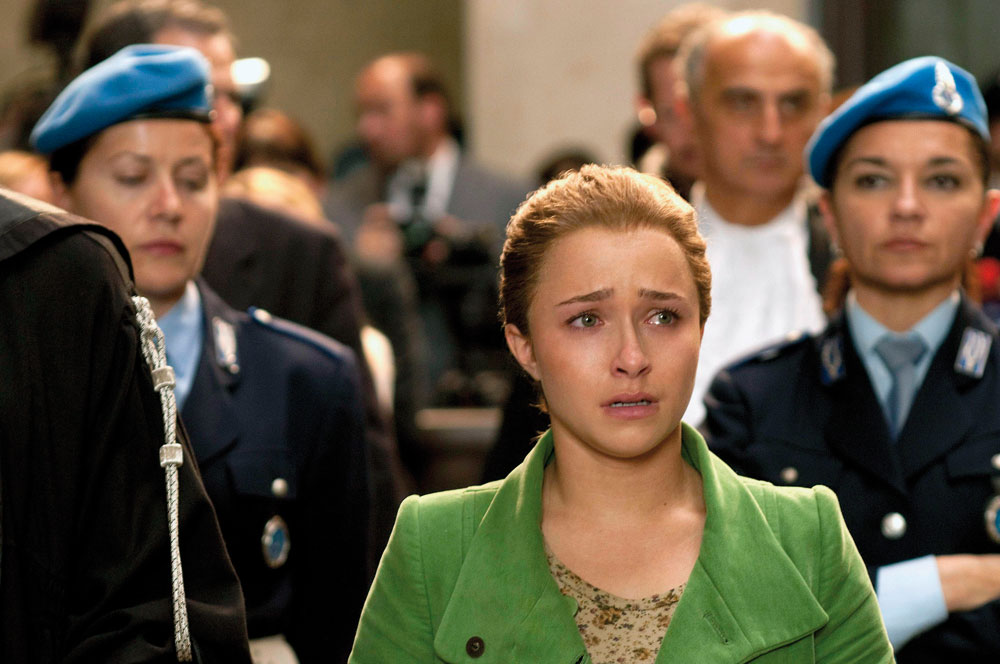 Producers agree that the amounts paid by broadcasters for TV movies have stabilised after years of shrinking. And Szew points out that he has taken up any slack from shrinking US licence fees by selling into new markets such as Asia and Latin America. Marvista, whose TV movies are shown on Disney Channel (Radio Rebel) and Syfy (Seattle Superstorm), distributes its own product internationally.

But the shrunken market has seen some high-profile flameouts among TV movie producers. London-based Power went into administration last year and its former CEO Danny Goldman left only a few months after having joined from Sony Pictures Television. For now Power is concentrating on distributing its back catalogue. US player RHI Entertainment is moving away from one-off TV movies altogether having sought bankruptcy protection from creditors. Founder Robert Halmi Sr left in February less than a year after his son was ousted from running the company.

“The market for TV movies on terrestrial everywhere has become more difficult because there are fewer slots,” says Waddell.

Given the market conditions, Szew says it’s sometimes harder to finance a small television movie than a bigger one. Marvista finances its TV movies through a mixture of private investment and bank lending. “The ability to put our money where our mouth is sets us apart from other producers,” he says.

So, what is the magic bullet that will give broadcasters the glossy product they want without having to pay crippling licence fees?

The answer, agree producers and TV channels, is international coproduction.

Peter Nadermann, executive director for drama at German network ZDF, says: “Looking into my crystal ball I see more coproduction. We all have the same problem, which is trying to make better programmes with less money. That’s the dilemma when you want to attract a young audience that is picky when it comes to production values.”

Adds Waddell: “It makes financial sense to coproduce. There are multiple reasons why co-production is the way forward. It’s difficult to rely on a single broadcaster to cover the entire budget.”

Gaumont, the French film company, established a Los Angeles production outpost, Gaumont International Television, last year to develop event miniseries alongside regular TV series such as NBC’s Hannibal, which the network has just commissioned to a 13-episode series without a pilot. Erik Pack, head of international distribution, says that coproduction is a neat solution because it sits between original production and acquisition. It gives broadcasters the production values they want with a marketable hook for less than it would cost to produce the show by themselves. Plus it can have local interest missing from an off-the-shelf US drama. Pack cites using an actor from the coproducing country as one way to generate publicity.

Pack says, “If you have some local interest in it, such as an actor, and you can get your marketing around that, then it’s almost as good as an original show.”

German distributor SevenOne International had a local hit with The Whore, a €6 million TV movie structured as a German/Hungarian coproduction and pre-sold to broadcasters M6 in France and Antena 3 in Spain.

It was so popular with German viewers, attracting ten million eyeballs, that the sequel was aired in February and a third instalment, The Legacy of the Travelling Whore, starts shooting in April. 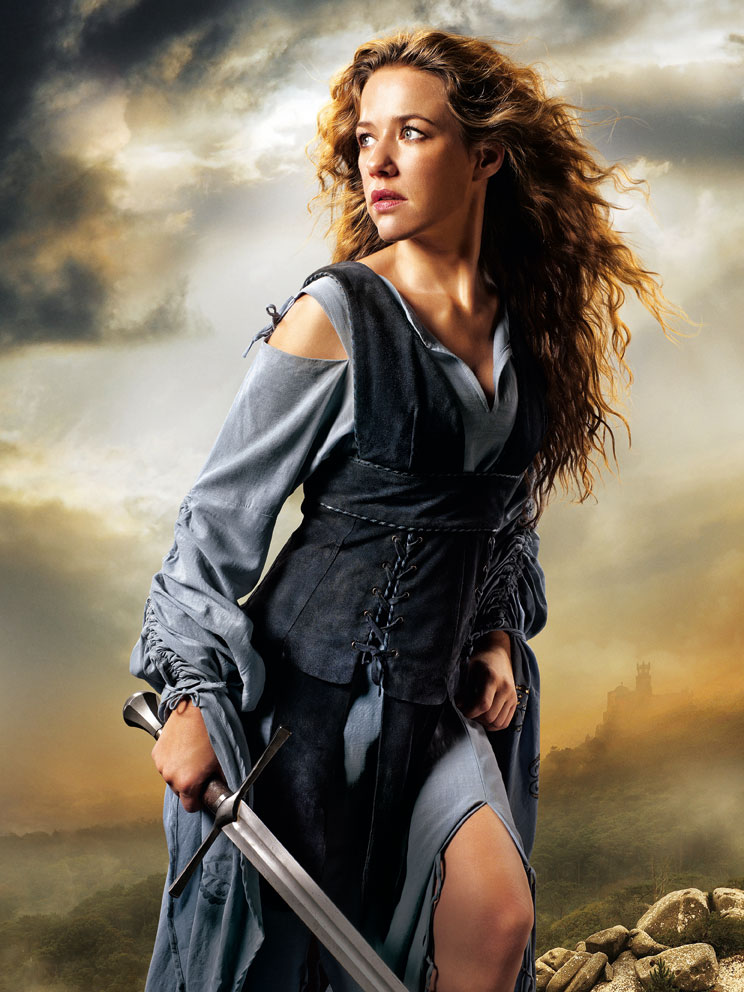 SevenOne International’s The Revenge of the Travelling Whore

Cordoni thinks that in going down the coproduction route, producers and broadcasters are aping Hollywood studios. Steven Spielberg’s recent TinTin, for example, was a coproduction between rival studios Columbia and Paramount. “It’s the same thing that you see when Hollywood studios come together for a blockbuster, but on a smaller scale. This way we can all benefit,” she says.

But Moszcowitz warns that the branding effect is weaker from an individual broadcaster’s point of view. What channels really want are TV movies that specifically service their audience, he says.

Plus development on any show involving three or more European broadcasters can be a headache.

“The problem with developing for more than one broadcaster is that development gets complicated. At least with one broadcaster you get a single vision,” says producer Andy Harries of London-based Left Bank Pictures, which co-produced Zen with ZDF and Mediaset.

Moszcowitz agrees: “It’s really a nightmare when you’re trying to please everybody. Years and years can go by with plenty of phone calls and meetings involving three or four broadcasters. It all takes so much time and before you know it, the project has died.”

ZDF tries to avoid baking what’s called a Euro-pudding by staying true to the visions of the lead producers. “The trick is not to dilute national identity but add to what you see on screen,” says Nadermann.

If slots for TV movies are drying up, there are not enough miniseries of ambition to meet broadcasters’ demands. “There just aren’t that many out there to buy,” says Pack. The exemplar here is Munich-based Tandem Communications’ The Pillars of the Earth, based on Ken Follett’s epic novel. Tandem has sold the nine-part miniseries around the world, including to Starz in the US.

Ideally miniseries should be a period drama based on a bestselling novel. As to what producers should look to option, Nadermann says: “Audiences want to discover something about themselves and they want to be surprised.”

ZDF plans to shoot Dangerous Fortune, a two-part miniseries again based on a Follett novel, later this year. Dangerous Fortune has the topical subject of a Victorian bank that goes bust. It previously made Borgia with Canal Plus. Lifetime meanwhile is developing a miniseries based on Anita Diamant’s novel The Red Tent, which follows Biblical female characters who gather in a tent to support each other through tribulations ranging from motherhood to murder. And Gaumont is developing a three-part miniseries based on the life of Madame Tussaud set in 18th-century Paris, written by Michael Hirst (The Tudors).

Jens Richter, managing director of SevenOne International, says: “Terrestrial television needs event programming and it helps the broadcaster if you have a clear marketing angle.”

Richter added that broadcasters are prepared to put their hands in their pockets to secure this kind of event television. This means them putting up a healthy licence fee, he says.

Waddell agrees. “They realise that they are going to have to do that if they want this product. Going forward we intend to invest in bigger and better standout content.”

Power plans to coproduce two new miniseries with RHI later this year based on bestsellers by British thriller writer Alistair MacLean. Air Force One and The Dark Crusader are both 2×2 hours and will enter production later this year

It is also coproducing cyber terrorism offering Blackout with RHI Entertainment, which is now in post-production. It stars Anne Heche, James Brolin and Billy Zane.

Another popular strand is bestselling crime novels. Following on from its success co-producing the crime bestsellers of Stieg Larsson and Henning Mankell, ZDF is co-producing four-part miniseries Falcón with Canal Plus Espana and Sky Atlantic in the UK, based on the Robert Wilson novels.

The difficulty that free-to-air broadcasters in the UK and elsewhere in Europe face, says Waddell, is finding space to schedule the miniseries. In the UK this is often on a Sunday evening as seen with the recent BBC/NBC co-production Birdsong. But Waddell says the tightness of slots does dampen the market.

It’s a problem that makers of TV movies face as well. Most countries broadcast made-for-television movies in the afternoon.

This affects the kinds of subject matter suitable for TV movies. If it’s woman-in-peril — traditionally a staple of the TV movie — then the scares cannot be too dark, the peril can’t be too life-threatening. Often there are children watching these movies after school.

TV movies made for afternoon slots need to be shot differently too.

Colours need to be brighter, says Richter,they cannot be photographed darkly like Hollywood thrillers. And yet it is in these afternoon slots where Richter sees the most demand from US broadcasters going forward, especially during the summer months as viewers’ tire of wall-to-wall reruns.

Despite the restrictions on the kinds of TV movies you can make, the way that they are shot and the increasingly difficulty in getting them financed, they are still a genre which Cordoni loves.