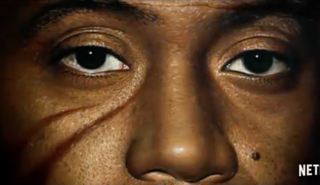 Netflix goes to the Rapture with hip-hop doc

Netflix will bring in an eight-episode documentary series based on hip-hop culture and produced by New York culture brand Mass Appeal. The doc, which premieres on March 30, will go inside the lives of rap artists Nas, T.I. Dave East, Rapsody, Logic, G-Eazy, A Boogie wit da Hoodie, 2 Chainz and Just Blaze. Rapture will […]

US basic cable channel TBS is developing a scripted series inspired by the lyrics of late hip hop legend Notorious B.I.G. The series will be titled Think B.I.G., with the plotlines loosely based on the rhymes of the New York rapper, real name Christopher Wallace. It will follow the misadventures of an inner-city teen desperately […]