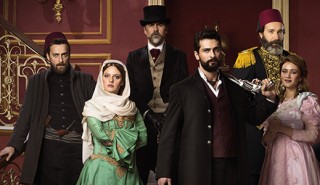 Following this week’s Discop Istanbul event, TBI speaks to Turkey’s main distribution companies about how changes in the domestic market are impacting their business, how they are dealing with the challenge of selling into the Middle East and how Turkish drama is becoming hot property in Latin America. A country of 20 million TV homes, […]

A+E Networks has appointed 20th Century Fox’s European VP of TV sales, Denis Cantin, as VP and head of content sales for Europe, the Middle East and Africa (EMEA). Cantin, who is due to take up his new role in the first quarter of 2014, will manage A+E Networks’ London-based EMEA content sales team, overseeing […]