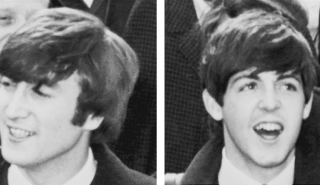 The Fifth Beatle signs up to Bravo

US cable net Bravo is tuning up for limited event series The Fifth Beatle. The project is based on Tony Award-winning producer Vivek J. Tiwary’s graphic novel The Fifth Beatle: The Brian Epstein Story, exploring the complicated personal life of The Beatle’s manager, who helped the foursome reach international stardom. Bravo will work with Universal […]

Rachel Smith has been appointed senior vice president of development at US cable net Bravo Media. Her new role, based in New York, will involve overseeing non-scripted development including pilots, original concepts and casting reels. She will report to Frances Berwick, president of lifestyle networks at NBCUniversal Cable Entertainment. In her previous role as senior […]

Bravo Media has greenlit Top Chef Extreme (WT), a new head-to-head spin-off which will pit the winners of previous formats Top Chef and Top Chef Masters against one another. The series will put two ‘Chef’testants’ through three rounds of culinary challenges in each episode, with the winners progressing to the final to compete for a […]

Lara Spotts will become US cable channel Bravo’s head of development with current incumbent Andy Cohen exiting to launch his own production company. Cohen, executive VP of development and talent and also a late night talk show host often referred to as the ‘face’ of Bravo, has launched prodco Most Talkative. This means VP, development, […]

US cable channel Bravo Media has commissioned a new fact ent original, Million Dollar Listing Miami. The series, a spin off of the Million Dollar Listing format, follows the city of Miami’s top luxury real estate as they battle each other for business. World of Wonder Productions have been tapped to produce, with Fenton Bailey, […]

NBCUniversal-owned Bravo Media has hired doc maker Leslie Farrell and former Food Network executive Jeffrey Oliver as VPs of current programming. The pair will report into senior VP, current programming and original production, Shari Levine and work out of New York. Emmy-winning doc maker Farrell, who has created shows for HBO and PBS among others, […]