Production and distribution company Entertainment One (eOne) is to produce more than 100 new episodes of children’s series Peppa Pig, with UK animation studio Karrot set to take over creative production duties from original show creators Astley Baker Davies. The Hasbro-owned eOne has greenlit a further 104 x 5-minute episodes of the cartoon, which will […] 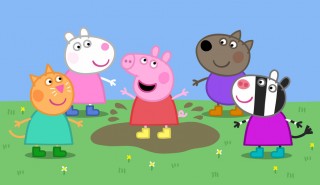 Entertainment One Family is to once again expand its cash cow children’s property Peppa Pig. The company is lining up 117 new episodes of the Astley Baker Davies-created preschool series, taking the overall number to 381 by 2023. New episodes from season seven will roll out to the end of 2018, before the 117 in […]

Ben and Holly head to Russia

Ben and Holly’s Little Kingdom is heading to Russia after free-to-air broadcaster Carousel bought the preschool series. The broadcaster has bought 104x11mins of the animated show. The kids series is shopped internationally by Entertainment One, which struck the deal. Carousel already airs eOne-distributed preschool show Peppa Pig, which like Ben and Holly, is produced by […]

Entertainment One has completed the deal to buy a controlling 70% stake in Peppa Pig producer Astley Baker Davies. The £140 million (US$215.7 million) agreement closed yesterday, bringing the lucrative Peppa preschool brand further under eOne’s control. Peppa, a US$1 billion revenue brand, remains among the most popular preschool franchises on the market. eOne has […] 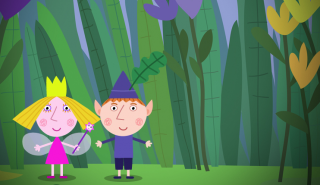 Nick US buys Ben and Holly

Nickelodeon has acquired preschool animated series Ben and Holly’s Little Kingdom. The show, which is distributed by Entertainment One, comes from Astley Baker Davies, the UK prodco that makes Peppa Pig and which eOne acquired control of this week. Viacom-owned kids channel Nickelodeon will run Ben and Holly on its preschool service Nick Jr. and […]

Entertainment One has acquired Peppa Pig creator Astley Baker Davies for £140 million (US$212.1 million). The deal gives eOne a 70% controlling stake in ABD, which gives it control to the ultra-lucrative preschool Peppa Pig brand, taking its stake from earnings in the brand from 50% to 85%. eOne intends to pay for the acquisition […]

The Chinese state broadcaster, CCTV, has acquired broadcast rights to big-grossing preschool series Peppa Pig. The Astley Baker Davies-produced show will debut on children’s channel CCTV14 on June 23 following a deal with distributor Entertainment One. Peppa content will also launch on “leading video-on-demand platforms”, according to eOne, which is working with CCTV to create […]