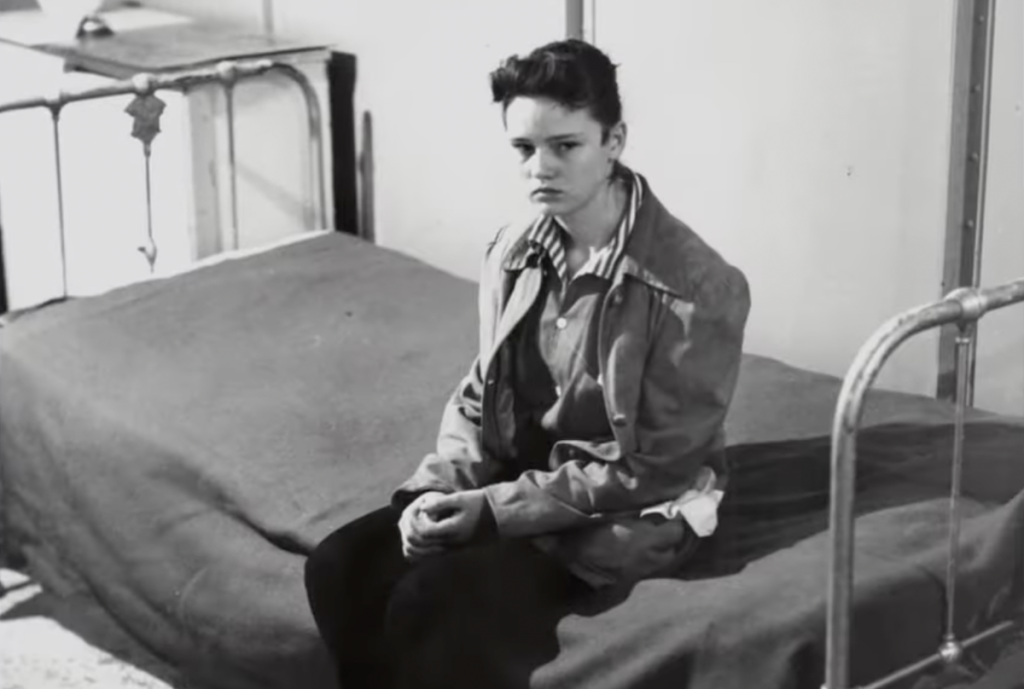 Still from ‘The 12th Victim’ trailer

Executive produced by Oscar-winning filmmaker Morgan Neville (Won’t You Be My Neighbour) and directed by Nicola B Marsh (American Masters), the series will premiere on 17 February on Showtime and streaming platforms.

In 1958, a string of murders terrified the Midwest, as locals watched the 18-year-old Starkweather kill 11 victims in Nebraska and Wyoming with his girlfriend Fugate by his side.

Fugate went on to become the youngest woman in US history to be tried and convicted of first-degree murder and sentenced to life imprisonment. As one of the first true-crime stories to unfold in real time on TV, the widely covered narrative depicted Starkweather as a James Dean-wannabe and Fugate as his lascivious, bloodthirsty girlfriend.

Through detailed interviews with those closest to the case and archival footage, The 12th Victim looks deeper into the original killings and Fugate’s role in the crimes – not as the willing participant but as an underage girl held hostage by Starkweather.

The series is produced for Showtime by Tremolo Productions and Submarine Deluxe and was inspired by Linda M. Battisti and John Stevens Berry’s 2014 book The Twelfth Victim: The Innocence of Caril Fugate in the Starkweather Murder Rampage.