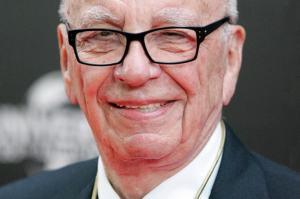 Media mogul Rupert Murdoch has shelved a proposal to merge Fox Corp and News Corp, having concluded that such a move is “not optimal” for shareholders.

Murdoch and his son Lachlan Murdoch, CEO of Fox Corp, first raised the prospect of bringing the two companies together last October. But some major shareholders were not convinced that it would deliver commercial benefits. Now, per a letter sent to Fox and News Corp, it seems that the Murdoch clan is in agreement.

The Murdochs explored the proposed merger by setting up special committees at both companies – but these have now been dissolved. If it had gone ahead, the integration of the two firms would have brought together a broad range of assets including Fox Entertainment (owner of Fox Network and Tubi), Fox Sports, Fox News, TMZ, the Times and the Sun newspapers, the Wall Street Journal and the New York Post.

Broadly speaking, the move would have taken Murdoch’s empire back to the way it was ten years ago, when Fox Corp and News Corp were separated from each other in order to unlock value for shareholders. In the intervening period, a significant chunk of Fox (the 21st Century Fox division) was sold to Disney for $71 billion.