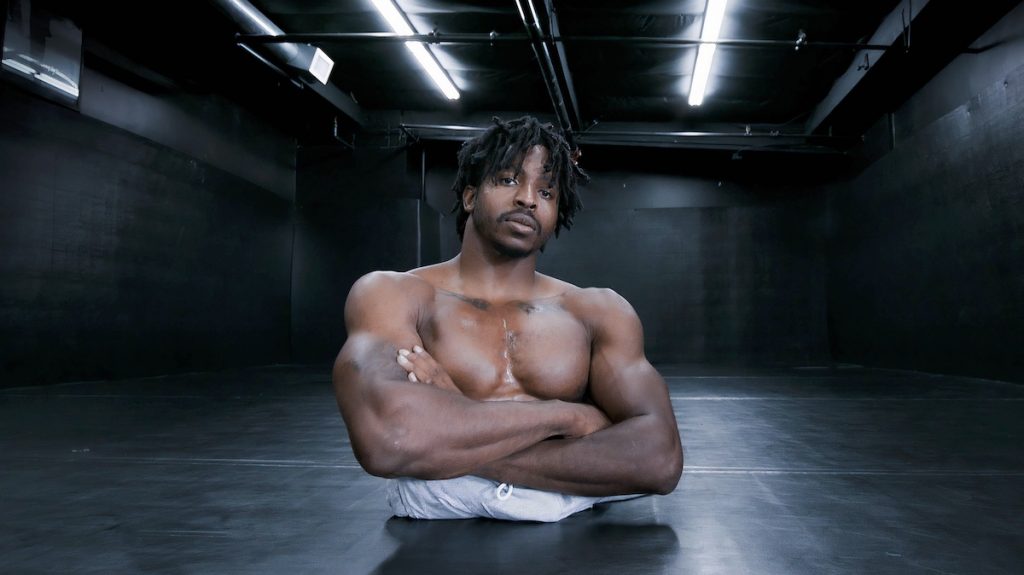 Headed up by Karen Gilchrist, VP of television and digital and Kathryn Hubbard, head of content licensing for GWR – considered the world’s leading authority on record breaking achievements – the studio is dedicated to producing content for both external broadcast and brand partners and for digital platforms, including GWR’s owned channels.

As GWR Studios gets its wheels turning, Gilchrist and Hubbard talk to TBI on topics ranging from their factual and format plans, the power of the GWR brand in securing commissions and the opportunities of short-form, FAST and AVOD.

Guinness World Records has such an amazing legacy and encompasses a broad range of topics, from the world’s fastest person to oddities like the biggest ball of human hair – how are you approaching which subjects you want to dive into for a show or series?

Gilchrist: We are indeed very fortunate to have an amazing array of talent and stories to draw on. Every day we receive an email outlining the latest records to be broken and it is quite honestly a content producer’s dream. For some shows we are interested in exceptional skills which will be awe inspiring for our audiences – these are really for shows where we feature multiple record attempts. We are also building up a factual development slate of ideas built around incredible people with more complex and unfolding stories to tell. Often they have overcome challenges in their lives, they will have gone through very relatable experiences and they will also have had to cope with the attention that comes from being the best, first or unique in some way.

Hubbard: Our focus is really to tap into the stories that are relatable to current times. We have record holders from such a wide range of backgrounds, cultures and communities, it is great to be able to offer this kind of representation on screen and offer such positivity and a medium for education through entertainment. We always look closely at what formats are working globally and tend to develop content accordingly as record breaking is such a flexible vehicle and can be used throughout so many genres of programming. 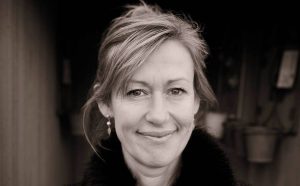 The three titles presented at MIPCOM last month appeared to have a focus on feats of endurance or athleticism, are you looking to diversify this slate?

Gilchrist: Feats of athleticism are perennially popular for us and we’ve created a clip series of unusual sporting and fitness feats. But the great thing about Guinness World Records is that we actually have a lot of different topics that we can build this sort of clip series around because people love our short form content. We found at MIPCOM that people were mesmerised with the clip show we had playing on screen – it is a great non-verbal series. We also have titles that are about the emotional journey of our record holders, and this is definitely something that we are building on as we diversify our slate.

Hubbard: As Karen mentioned, Guinness World Records: Gone Viral is a clip series which is sports and fitness inspired as this has been commissioned by Whistle Sports in the US, however the GWR: Gone Viral brand can be used for different topics such as animals, human bodies, science – the possibilities are endless!

We also have Best In The World, a kids clip series currently on air in the UK on CBBC (40 x 15-minutes) and this will be available for distribution next year. Our main focus for GWR Studios for 2023 will be looking for further commissions of our shiny floor show off the back of the continuing success in Italy with Lo Show Dei Record on Mediaset in Italy, commissions of our Local Heroes format, which is currently being commissioned in South Africa as Stumbo Record Breakers and by S4C with Guinness World Records: Cymru. We also have several documentaries  and prime-time entertainment formats in development which we are currently presenting to our commissioning partners worldwide.

The opportunities for showcasing a wide range of ‘feel-good’ aspirational and inspirational stories are clear, would you say these are a major focus for you?

Gilchrist: Absolutely. The people that I meet in this job constantly amaze me with their inspirational stories and we really want to bring them to a wider audience. We have found that some of these stories, which we have told in short form on our social channels have really resonated with audiences aged 13 – 35. So we know there is an appetite for them. We have built up a superb library of content over the past year, which we are keen to build on. Many of our record holders are motivational speakers, and that’s no surprise, it’s because they have overcome hurdles to achieve their goals and people are endlessly fascinated with this. There’s a lot we can do to harness this in the factual space.

Hubbard: Let’s face it, things are pretty dire in the country right now and aspirational and feel-good documentary series are being sought after by many of the main broadcasters. We can offer stories that give audiences positive escapism. That could be in the form of a travelogue series highlighting the best regional records and record breakers throughout the UK uncovering foods, sports, traditional dance and mass participation records or a Meet The Record Breakers series uncovering the real stories as to what motivates people to break records, or the battles they have fought and won to be accepted. 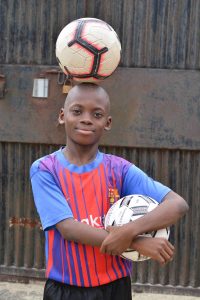 Best Of The Best

Which records are you personally keen to dig into?

Gilchrist: I am personally keen to dig into more of the stories we can tell around diversity and inclusion as well as mental health and emotional literacy. I have always been passionate about these areas and I know that we are in a great position to give a platform to some of these topics through the stories of our record holders.

Hubbard: I am excited to work with some the greatest explorers and adventurers. Such as Fiann Paul, an Icelandic explorer and the fastest ocean rower. I would be delighted to work with Victor Vescovo, who discovered the deepest shipwreck and he was the first person to dive to the bottom of the ocean, climb Everest and go into space, such a fascinating guy. We have a unique viewpoint into some of the world’s most wondrous stories and have incredible relationships with our record holders which is essential to bringing their endeavours and achievements to the screen.

As well as factual content, it was mentioned GWR Studios will also develop some new formats. Can you share any plans or thoughts in that area?

Gilchrist: Guinness World Records is well known for having our shiny floor studio show – featuring large scale record attempts in front of a live audience. We continue to licence the Guinness World Records brand and to work on this incredible show – for instance, we are working on Lo Show Dei Record in Italy with Banijay at the moment. More recently we developed a new format – Local Heroes – which goes out on location around a territory to meet potential record breakers, feature their backstory and showcase locations and traditions. We have worked with Orchard to make three seasons in Wales and recently worked in South Africa with Schultz Creative on an ad-funded series Stumbo Record Breakers. We’re currently working with Electric Robin on a kids clip show Best In The World, which is airing on CBBC, and we have a new celebrity-focused paper format which works as a stripped event or as a weekly series. Record breaking works across a number of genres, so we also have food, science and engineering paper formats.

You recently struck a partnership with WeShort. What opportunities do you see for sharing the stories of record holders in short-form?

Gilchrist: Short-form is an area we are very familiar with, having had huge success with our social channels. We have 23 million followers on TikTok (for ultra short form!) as well as 32 million on Facebook and nearly 10 million on YouTube. We know that audiences love to have stories told in short-form, and we think we’re pretty good at being able to grab attention and then let a story unfold. Often if there is a record attempt there is a natural jeopardy and journey. But we are also used to telling other stories where our record holders are reflecting and sharing their personal experiences. Our partnership with WeShort is really exciting and we are discussing a new 10-part series which will allow us to bring some of our record holders together to learn from one another – I can’t say more than this at the moment. 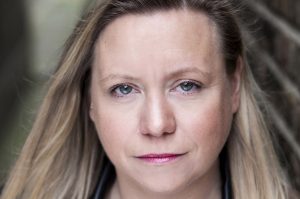 We are currently in the middle of a factual boom, what new opportunities are you seeing for unscripted content?

Gilchrist: We are really excited about traditional broadcasters of course, but also the opportunity in the FAST and AVOD space. Our brand is very well known and we are telling inspiring and aspirational stories, so we think there is an opportunity for us in ad or brand-funded content.

Hubbard: We’ve got lots in development from library series content, more short-form and also newly produced original documentaries by GWR Studios. We also look forward to having more celebrity collaborations within our content next year, Nick Frost did an amazing job narrating our kids series, Best In The World for the BBC and Michaela Strachan will be working with us on a new co-production with Nature Film in New Zealand – Guinness World Records Loves Animals. We are still in development but will be presenting this to broadcasters early 2023.

Is this increased popularity in factual content making it harder for docuseries to stand out? If so, what does it now take to rise to the top?

Gilchrist: Absolutely, we are in a very competitive marketplace. Unusual and charismatic characters are essential – and we are fortunate to be working with some unique individuals who sometimes cause a stir by just walking down the street. We have lots of analytics at our fingertips too, to show just how much global audiences love the talent we work with and their stories. So, we are hoping that this will also help us to stand out. Having such a recognised brand is also something that we bring to the table – I never have to explain who we are when I start to have a conversation with a commissioner!

Hubbard: There are also so many opportunities now to place good quality factual series so if there is a solid story that’s relevant then although the market is competitive, I still think commissioners are able to place a great mix of high quality content.