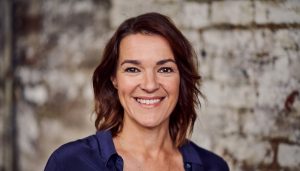 Bratt will work with Monkey’s co-founders & creative directors, Will Macdonald and David Granger, as well as UIS, to develop and grow talent within the business.

She replaces Sam Lawrence, who left Monkey last month to head up Box to Box Films.

Bratt joins from All3Media-owned Lime Pictures, where she led production for Lime Unscripted, Wise Owl films and Lion Television. Credits include The Only Way is Essex for ITVBe, E4’s Celebs Go Dating and MTV’s Geordie Shore.

Prior to Lime, Bratt was executive in charge of production at ITV Studios’ entertainment department, working on series including I’m A Celebrity Get Me Out Of Here, Love Island and Saturday Night Takeaway.

Monkey has also hired Abby Woolf, who previously held roles at BBC Studios, Endemol Shine Group and ITV Studios, as head of development. Her credits include BBC and Netflix reality competition series Glow Up, the reboot of MTV’s Cribs and ITV gameshow Keep It In The Family.

The prodco has also upped production executive Emily Rai to head of production, following her work on ITV2’s The Emily Atack Show and Celebrity Karaoke Club.

Macdonald and Granger said: “We are in awe of Helen’s passion and the range of experience she brings and are so thrilled that she is coming to Monkey. We can’t wait to work with her across our current shows and the wide-ranging ambitions we have for the business in the UK and globally.”

Bratt added: “I’ve had an incredible three years at Lime and Lion, and I’m so proud of the range of shows, series and formats we’ve created and delivered during this time. I’m thrilled to join Will, Dave and the entire team at Monkey. I am already a huge fan of Monkey’s shows and it’s really exciting to be part of the wider Universal International Studios family in launching global formats together.”