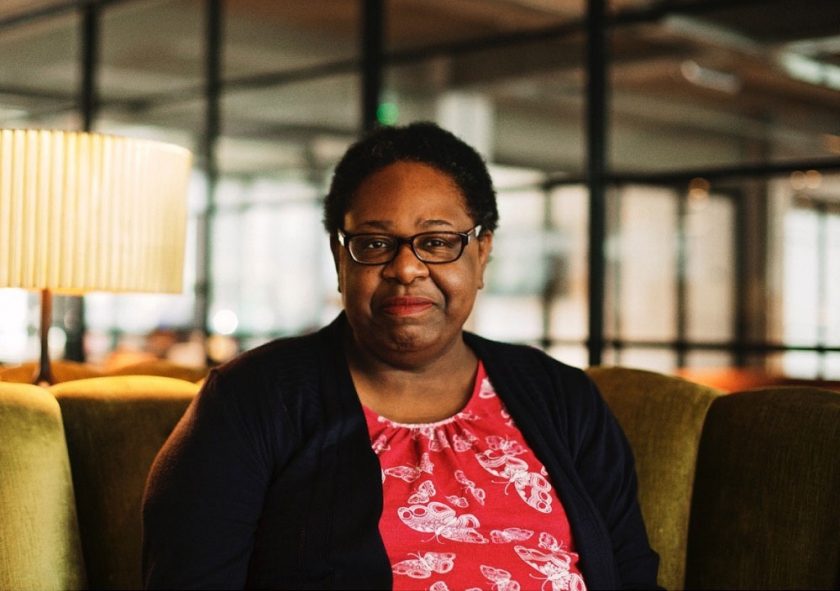 Diversity within the content business has often been seen as something talked about, but not necessarily acted upon. The Creative Diversity Network’s Deborah Williams shines a light on emerging developments that suggest representation is finally beginning to be taken seriously.

They say imitation is the best form of flattery. If that’s true, then I’m blushing at the moment.

When I started at the Creative Diversity Network (CDN), there were lots of discussions about the need for change and the lack of basic representation for many protected characteristic groups in our industry.

High-ups in the industry with clout, position, money and much to lose are taking responsibility – that is what has so often been missing

But the one that I inherited that was not being talked about was disability. Disability was the poor diversity relation – nowhere near the front of the industry’s conversation about inclusion on and off screen.

Roll forward six years and nine of the UK’s major broadcasters and streamers are focused on improving the situation, working together with disabled-led groups and people working in TV, as part of TAP (The Access Project).

TAP’s genesis can be traced back to 2017, when CDN started our Doubling Disability project, which provided a chance for our member organisations to focus much more clearly. Our Diamond data revealed the lowest levels of disabled representation were in off-screen roles, so we undertook research into the causes, and based on that, developed and implemented a programme of work.

In 2021 we published the first results, which showed some progress, albeit pretty minimal. Our analysis suggested that it would be 2028 before our target of doubling the number of disabled off-screen workers would be met and decades more before the ultimate goal of equal representation of disabled people compared to the UK’s population would be reached. It led to some pretty frank conversations with disabled people in the industry and some of our allies.

That’s when UHC (Underlying Health Condition)-celebrated writer Jack Thorne and Edinburgh TV Festival creative director Stewart Clarke came in. They grabbed hold of our data and went to town. By using it in his 2021 MacTaggart lecture, Jack shone a light on disability representation.

Stewart threaded discussions about disability throughout the event, putting it centre stage. And CDN, the accessibility sponsor for that year, helped to deliver accessible on-demand and live events to make the festival much more inclusive.

It really felt that disability had arrived as an equal part of the diversity debate, alongside the more traditionally discussed issues of race and ethnicity, gender, and sexual orientation.

Late in 2021, UHC approached us, and we became part of a small group of disabled-led organisations and people with a range of high-level careers, experience and expertise in the UK and North America – all determined to ensure that disability and change were part of the future of television.

This led to a report focused on the practical life of disabled people working in television, which made some recommendations that have been listened to.

I can always be a little sceptical – there have been so many short-lived initiatives in the past – but I feel this time, it could work

This August, I returned to Edinburgh with CDN colleagues for the first time in three years to continue the diversity debate and reveal some of our latest data and analysis. The festival also saw the launch of TAP, which has been hailed as the biggest disabled moment in UK television. I’m a little cynical, but as I said at the start, imitation is the best form of flattery!

High-ups in the industry with clout, position, money and much to lose are taking responsibility and outlining what they feel is needed to make a real and lasting difference. That is what has so often been missing.

Whilst I can always be a little sceptical – there have been so many short-lived initiatives in the past – I feel this time, it could work. And most importantly, it’s an example of what I have often talked about: allyship in practice; data and evidence leading the way; and collaboration. Working together to make change for everyone and future proofing our industry.

Deborah Williams is executive director at the UK’s Creative Diversity Network and has worked in arts, culture and the creative industries for more than three decades. This column first appeared in TBI’s August/September 2022 edition, available here.