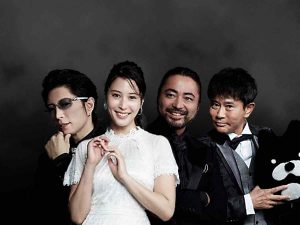 Abema TV in Japan is preparing a local version of Fremantle’s Got Talent, the first time the format has been produced in the country.

Japan’s Yoshimoto Kogyo is producing the Fremantle and Syco format, which will give aspiring Japanese performers the chance to impress a panel of celebrity judges and a global audience with their talent.

It will air in February 2023, with the deal brokered by Fremantle’s Katsuhiko Waza, Paul Ridley and Stephen Flint.

Amazon Prime Video in the UK and Ireland has picked up Butchers Of The Bayou from Abacus Media Rights (AMR), with A+E Networks snagging rest of world rights.

The 4 x 60-minute docuseries was produced by Peninsula Television and directed by David Harvey (Bloodline Detectives).

Set in America’s Deep South, it uses exclusive interviews and archive materials provided by the East Baton Rouge Sheriff’s Office, Zachary Police Department and the 19th Judicial District Court of Louisiana, amongst other sources, to tell the story of two serial killers operating separately from each other.

Paramount Global and Corus Entertainment are to launch Pluto TV in Canada on 1 December.

The FAST channels service will debut with more than 100 curated channels and over 20,000 hours of content. Canadian series from Corus Studios including Love It or List It and Chopped Canada will feature, along wit NCIS, NCIS: New Orleans and NCIS: Los Angeles.