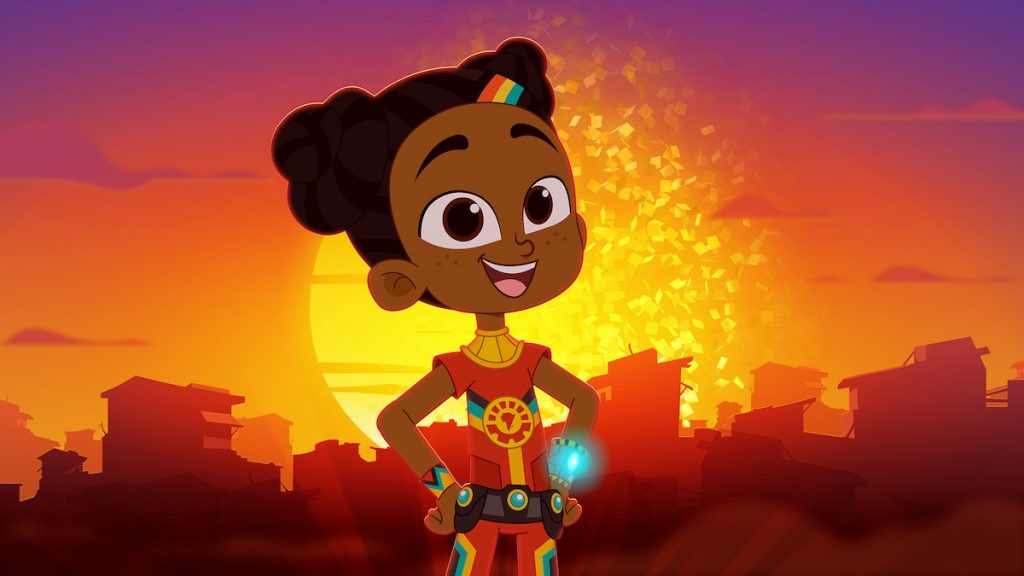 Super Sema is a YouTube Original with more than 50 million views, which launched its 20 x 5-minute first season in March 2021 and debuted its second 12 x 11-minute run in June this year.

Exec produced by Lupita Nyong’o, (12 Years A Slave, Black Panther), Super Sema is written by Claudia Lloyd (Charlie & Lola, Mr. Bean) and follows the adventures of a brave and heroic 10-year-old girl, Sema, and her twin brother MB as they protect their African village from the villainous Tobor and his bungling robot army.

A heartless artificially intelligent ruler, Tobor meets his match in Sema, who learns that with determination, creativity and a helping hand from the amazing worlds of science and technology, anything is possible.

Ed Galton, CEO at Cake, said, “Super Sema encourages and inspires children to reach their potential and make the most of their abilities. We are thrilled to be working with the talented team at Kukua on this fun and entertaining series and we are looking forward to being part of the next step in the journey bringing Super Sema to more children around the world.”

Kukua CEO, Lucrezia Bisignani, added, “It’s so important for kids everywhere to see themselves reflected on screen and feel empowered to believe that they too can be change-makers, just like Sema.”