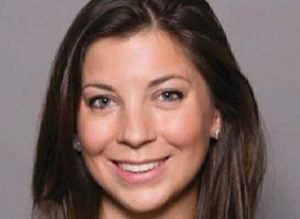 Bennetts will lead and guide all aspects of finance, business development and strategy at Ringside and joins following an eight-year tenure at Ingenious, where she managed TV strategy and helped finance shows including Marcella, White House Farm, Britannia and Jonathan Strange And Mr Norrell.

Ringside Studios was established earlier this year by producer and former Channel 4 exec Gub Neal, (The Fall, Prime Suspect) as a joint venture with TF1-owned French production and distribution outfit Newen. The company plans to create “ground-breaking” premium content for the UK and international market and says that projects are in advanced development and pre-production with some of the UK’s top writers and directors.

“We are delighted to have Kate onboard at Ringside and her hire is a key part in our plan to make strategic investments into experienced and exciting UK drama talent,” said Neal. “There is a real appetite in the market for this type of creative-led, European-orientated structure and throughout lockdown we have been having many interesting conversations with a broad spectrum of talent.’

“It is an excellent time to be joining the team at Ringside and Newen. Ringside have an impressive and ambitious slate that I am looking forward to helping them get into production,” added Bennetts.