One of the stand-out finding from Pact’s UK Production Census 2020 was the huge growth of revenue driven by international commissions. 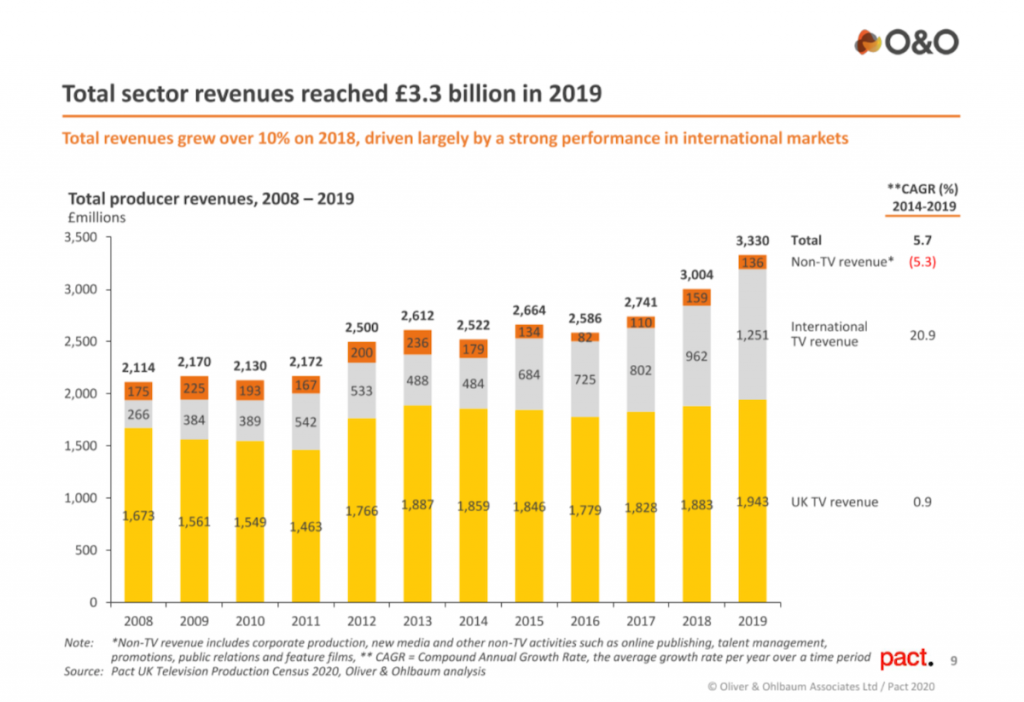 While streamers such as Amazon and Netflix might be assumed to have been behind this growth with big-spending shows such as The Grand Tour and The Crown, in 2019 it was actually global linear networks that provided the biggest international impetus to UK producers. In 2019, £651m was raised from channel orders, with the VOD services contributing almost 50% less, at £337m.

The pattern over recent years remains similar: linear network commissions from outside of the UK represented 73% of spending in 2016, a figure that remained the same in 2017 and dropped to 60% in 2018. The most recent figures mean linear TV  accounts for 66% of international commissioning revenue. 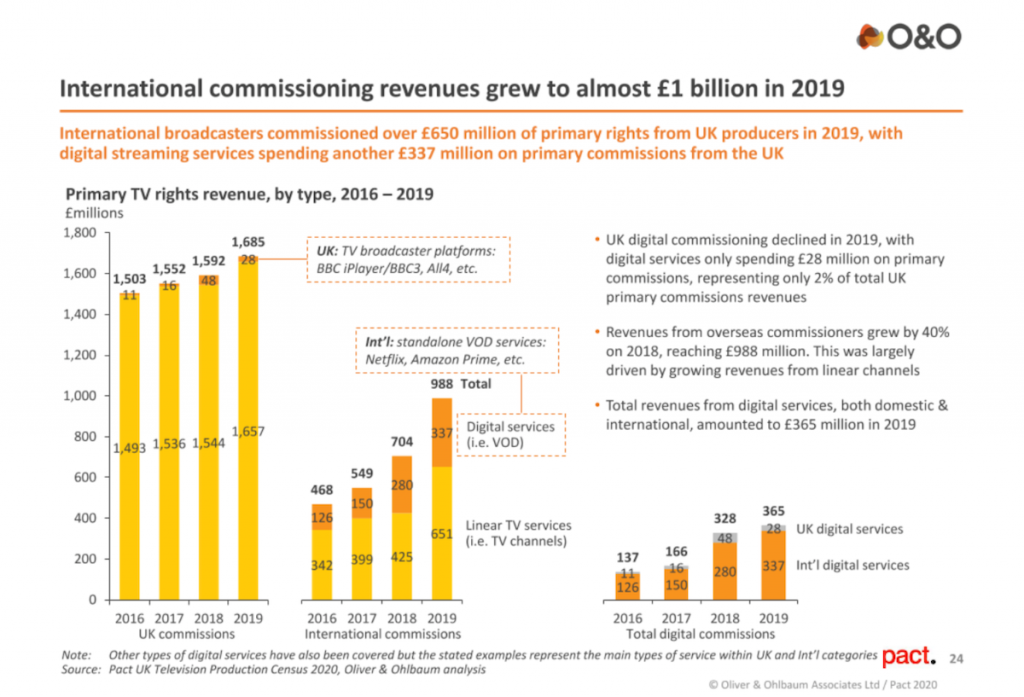 While global commissioning revenue was at a record high for UK producers in 2018, so was the over-all figure from the international market. Total revenues grew by 30% on the previous year to stand at £1.25bn, up from £962m the year before and almost triple of the figure five years previously, with 2014’s total international revenue figures standing at just £484m. 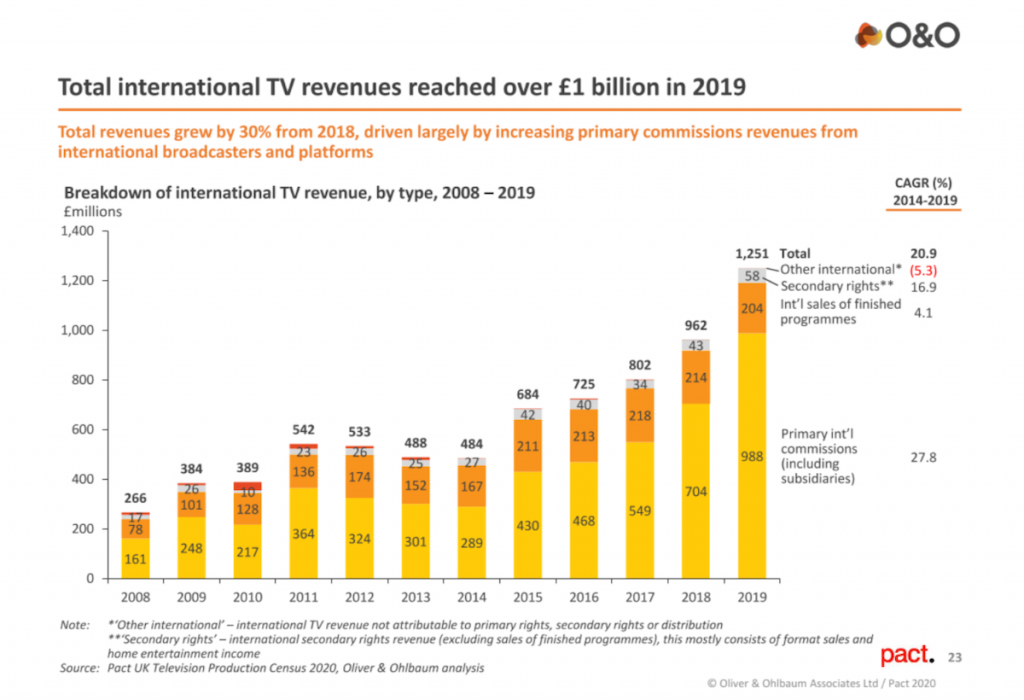 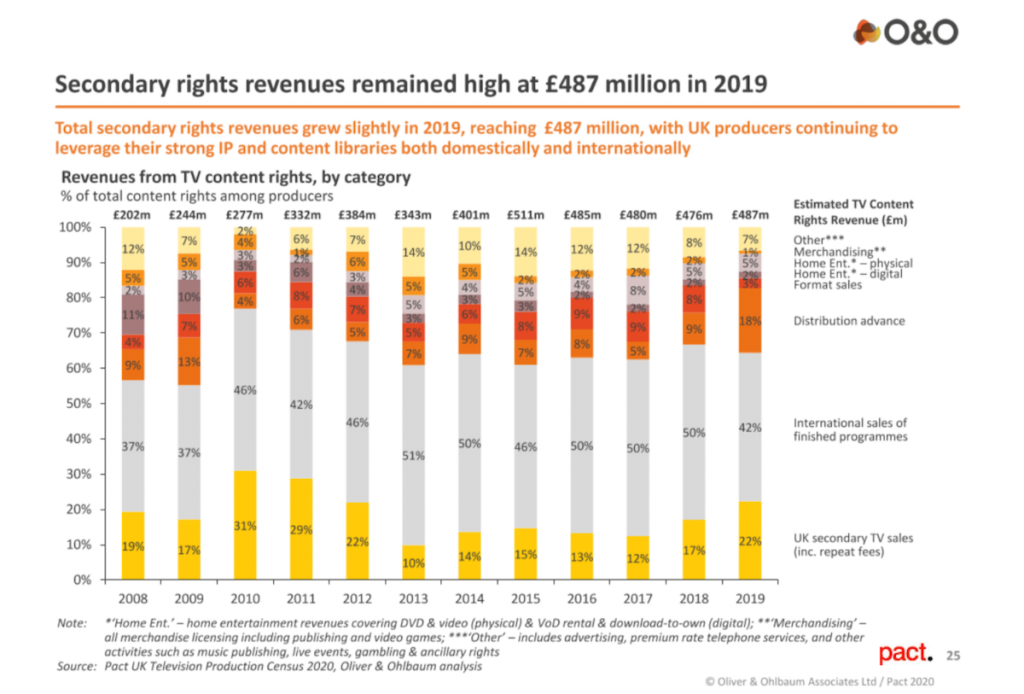 Across the networks, ViacomCBS-owned Channel 5 spent the highest proportion of its commissioning budget with smaller producers, with 20% of its independent suppliers in the £1-5m turnover bracket. Spending on drama continued to grow, with a 5% rise on 2018 that means scripted accounted for 40% of all UK primary commissioning spend last year.

Both entertainment and factual content saw an increase in commissioning spend too, together accounting for 37% of the market – also a 5% increase in total. 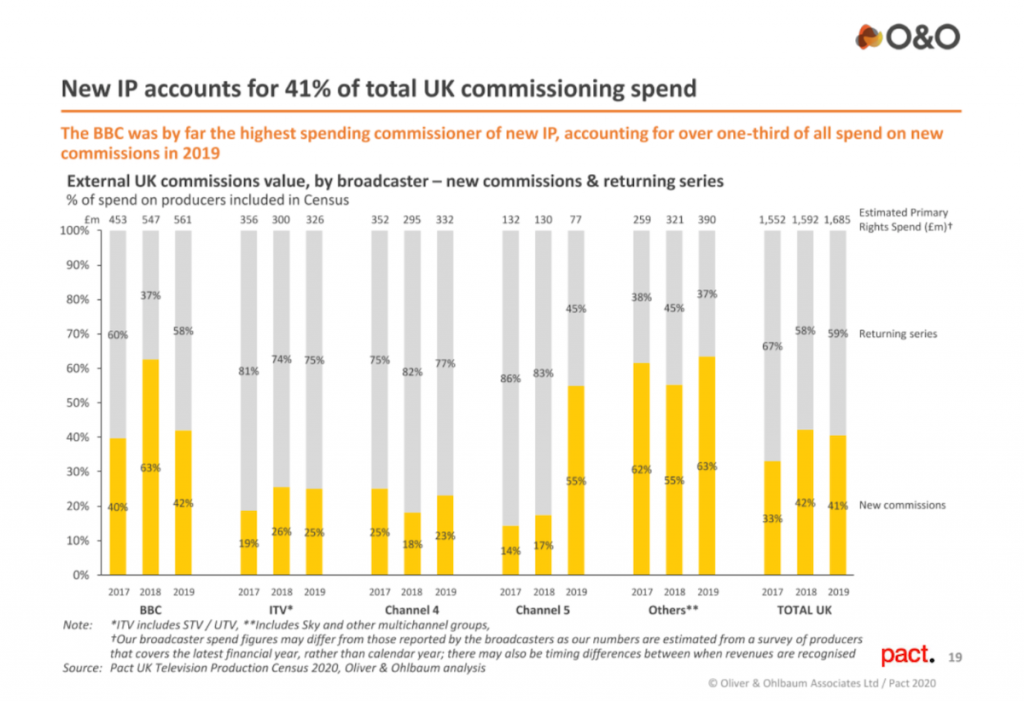