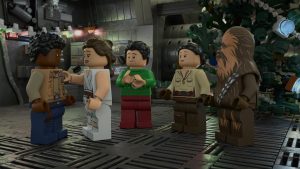 Disney+ is heading off on a new adventure in a galaxy far, far away, with an order for a one-off Star Wars Lego animation.

Produced by Vancouver-based Atomic Cartoons, the Lego Group and Lucasfilm, The Lego Star Wars Holiday Special will premiere exclusively on the streamer on 17 November. It is being directed by Ken Cunningham and written by David Shayne, who is also co-executive producer.

The special continues the long history of collaboration between Star Wars creators Lucasfilm and toy brand Lego, with a story that picks up following the events of feature film Star Wars: The Rise Of Skywalker, but with all the characters and environment animated in Lego form.

It follows galactic hero Rey and her droid friend BB-8 as they head to a mysterious Jedi temple, where she is flung through time and comes into contact with characters from across the Star Wars saga, including Luke Skywalker, Darth Vader and Obi-Wan Kenobi. 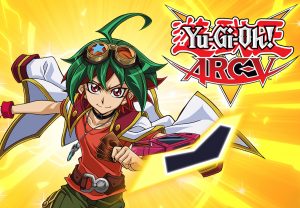 Genius Brands International-owned Kartoon Channel! has boosted its offering with the acquisition of around 230 episodes of new programming, including anime hit Yu-Gi-Oh ARC-V!

The ad-supported streamer has picked up 148 x 22-minute episodes of the series, which is based upon the popular trading card game from Konami.

Genius Brands chairman & CEO Andy Heyward commented: “We are extremely proud of the rapid expansion of Kartoon Channel! and the positive responses we are receiving from kids and especially parents, who feel we are providing a safe destination for their kids’ entertainment.”