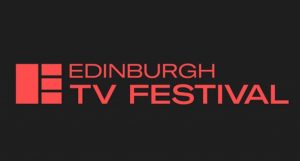 The Edinburgh TV Festival (ETF) has unveiled the initial line-up for its new, pre-festival digital program of industry events, including discussions with leading UK-based broadcast executives.

‘The Controllers’ sessions, which will start from 27 April and be filmed live, will be available free and offer interviews with programme controllers from the UK’s main national broadcasters, who will be asked how they and their teams are working and adapting to the crisis.

Each exec will be quizzed by ETF creative director Stewart Clarke about what the pandemic has meant for schedules and will discuss current commissioning needs and strategy. There will also be a chance to submit questions in advance and on the day.

Follow up sessions, which will take place later in the series, will include industry analysts and names from leading production groups including All3Media, Argonon, Fremantle and Endemol Shine.

“It’s a challenging time for the industry and there has never been a greater need to connect,” Clarke said. “Ahead of August, we want to provide a platform to discuss what’s happening and how people are adapting. Our advisory chair, Patrick Holland, has been the driving force behind the controller sessions, and over coming weeks we will also talk to commissioners, production chiefs, analysts and commentators. We want to facilitate conversations that will help people understand how the TV world is navigating its way through the current crisis.”

The Festival also announced that in recognition of the challenging times faced by the UK’s independent sector, the Edinburgh TV Award’s Small Indie of the Year Award will this year be free to enter.

There will also be two new, one-off awards – which are free to enter – included as part of this year’s Edinburgh TV Awards, which will take place at the end of November 2020. The 2020 Industry Champion will be awarded to an individual or organisation who went above and beyond to help the UK TV industry in a time of adversity and heavily impacted by the Covid-19 crisis.

The Creativity in Crisis Award recognises the amazing content which is emerging at such a moment of crisis; stand out programming that has defied the odds and showcased creative brilliance. This award will be open to the general public for long list submissions and the winner chosen by the Festival’s advisory board. ETF revealed last week its plans to become a digital-only event as a result of the ongoing Covid-19 pandemic.