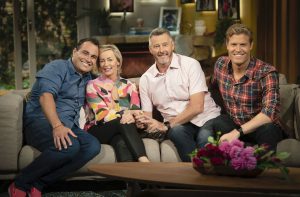 WTFN-produced The Living Room is headed to the US on CBS-owned digital lifestyle network Dabl, thanks to a 120-hour content deal negotiated by Australia’s WTFN-owned distributor Fred Media.

The long-running studio-based series, which was originally made by WTFN for Australia’s Network Ten, offers a “fresh entertainment spin” on lifestyle content such as food, travel and the home.

Fred Media is also offering The Living Room as a format.

Warren Sevel, Fred Media’s VP sales and development for the Americas, Australia and New Zealand, commented: “The Living Room has been covering a wide range of lifestyle topics in an innovative fashion ever since it began in 2012, and there are now eight seasons and more than 300 episodes available.

“We are delighted to be exporting 120 hours to the US at this time and for this wonderful series to premiere on Dabl. CBS Television Distribution has created a truly superb lifestyle destination with Dabl, and we are happy to have found the best possible stateside home for our show.”

International distribution of the format lies with CJ ENM for Asia and Bunim/Murray Productions for the rest of the world.

TVN has already ordered two pilot episodes of Cash Back, which pits top athletes, including Olympic gold medallists and national champions against “crazy obstacles” to bank as much money as they can – but the money comes in the form of tough-to-move objects of all shapes and sizes, adding to the difficulty.

In the local version for TVN, 18 top Korean athletes from six sports, including MMA, speed skating, basketball, gymnastics, water polo and Korean wrestling, have joined the cast to hunt for cash.

Gil Goldschein, chairman of Bunim/Murray Productions, said: “Cash Back has all the makings of a top entertainment format – originality, high stake challenges and the novelty factor. Combining fun with athleticism, this is the uplifting show that could be a welcome relief for audiences across the world post Covid-19.” 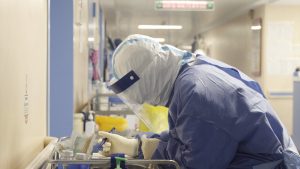 ZDF in Germany and M-Net in Africa have picked up a new Covid-19 documentary series being co-produced and distributed by LA-based Cactus Tree Entertainment and Toronto’s RMI in pre-sale.

Covid-19: The Ripple Effect is the first instalment in a “comprehensive series” that has been filming in China and Asia since January and is due to be completed this month. The series follows the virus from its inception and follows the continuing story of its spread around the world.

Kevin Fox, CEO of RMI said: “Covid-19 changes everything. We have captured so much of the human, social and economic costs of this outbreak around the globe. This documentary features gripping moments along with some of the world’s most respected experts for insight and perspective. Our team has followed Covid-19 since the first reports in Wuhan, utilizing long-developed relationships, resources and reputation to uncover the most compelling and responsible stories.”