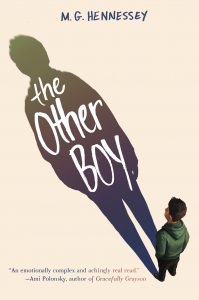 Canadian producer Marblemedia has acquired rights to M.G. Hennessey’s novel The Other Boy as part of an expanded scripted push.

The bestselling novel is about a transgender boy on the cusp of puberty and will be developed as a light comedic drama series for family audiences, with Hennessey onboard as a consultant.

Mark Bishop, co-CEO of Marblemedia, said: “2020 is destined to be a milestone year for us, with a number of exciting and varied scripted projects in the pipeline, joining our extensive output of factual and kids programming.

“Our rapidly growing scripted slate contains everything from primetime series, including a soon-to-be-announced inspirational social justice drama, to comedies, kids’ adventure series, and a number of strong family viewing titles such as The Other Boy.”

“We are delighted that she will be bringing her expertise to the project, working with us to develop her wonderful story for the screen, and cannot wait to see what reception that this topical tale with its complex yet real characters gets from commissioners.” 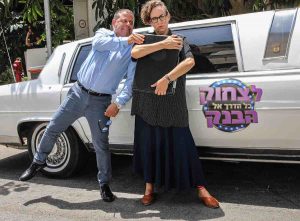 Israel’s Gil Formats comedy competition format, Laughing All The Way To The Bank, had been sold into territories across Europe.

Endemol Shine Iberia has secured rights in Spain and Portugal, while in Germany the format has been picked up by Seapoint.

The show provides people who think they’re funny with the chance to win a cash prize by making the thrifty TV channel’s accountant laugh out loud during a car ride to their bank. The accountant will do her best to keep a straight face, not laugh and most importantly, not pay. Some will leave the car empty handed, while others will laugh all the way to the bank.

Gil Formats is the brainchild of Israeli producer Assaf Gil, who also heads Gil Productions, which is behind local adaptations of shows such as Dancing With The Stars, MasterChef, Shark Tank and Come Dine With Me.

The 3 x 30 minute show follows a team of experts who specialise in areas such as bodywork, electronics, paintwork and restoration to create so-called “tricked out” tractors. The show is being series produced for Green Inc by Zoe McGivern, with Stephen Stewart and Karen Kirby executive producing.

Stewart, MD of Green Inc, said: “Tractors are hugely popular, as proven by millions and millions of hits for tractor racing, pulling and restoring on YouTube. And interestingly, very few of the tractor owners that we have met are farmers. This is simply one of those modern hobbies, for a surprisingly young and large number of very enthusiastic people.” 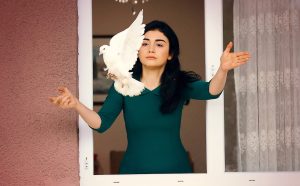 Eccho Rights has closed deals for Turkish drama The Promise with companies in Bosnia (OBN), Serbia (Pink) and Bulgaria (BTV).

The show, which is produced by Karamel Yapim and airs on Kanal 7 in Turkey, has previously aired on networks in Poland, India, Lithuania, Romania and Georgia.

In October, the drama was renewed for a third season (250 x 45 minutes), adding to first two seasons, which collectively run to more than 300 episodes.

“Not only does The Promise continue its stellar performance in the domestic market, where it obtains results close to the ratings of high-budget weekly primetime shows, but we are also receiving great feedback from our clients internationally where the series is working amazingly well,” said Handan Özkubat, director of Turkish drama at CJ ENM-owned distributor Eccho Rights.

UK broadcaster More4 has ordered a docuseries about Auschwitz from I Am Bolt and Class Of ‘92 producer Fulwell73.

Auschwitz Untold In Colour features the moving and revealing testimony of more than 15 Holocaust survivors including the seldom heard voice of a Romani holocaust survivor and a member of the Jewish underground who participated in armed resistance against the Nazis as her entire family was being murdered in a death camp.

Survivors in their 80s and 90s provide first-hand accounts, with the series revealing Nazi plans for cultural genocide against Jews and the Romani people.

The series is being produced and directed by David Shulman (Basquiat: Rage to Riches), development producer Sheldon Lazarus, Fulwell73 and executive produced by the prodco’s partner Leo Pearlman and Neil Grant.

The 2 x 60 minute series will be broadcast on More4 in the UK this month as part of the commemoration of the 75th anniversary of the liberation of Auschwitz. The films will have a selected theatrical release.