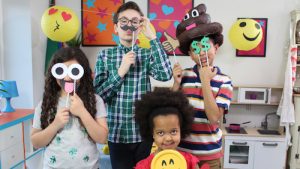 Craft Party is originally from Israel’s Nutz Productions, a subsidiary of Ananey Communications, and will be remade for the BBC by Keshet Productions UK.

Two 10 x 15 minute seasons have been ordered, with the show following a team of children aged between nine and 12 as they prepare parties with themes such as emojis, unicorns and pirates.

The original Israeli show, known as Mesibat Yetzira, was created by Bonit Ben Ami and Shirley Oran and directed by Roy Shalem. It debuted on Nick Jr on Israeli cablenet Hot in 2017.

Eryk Casemiro becomes senior VP of preschool and will oversee production and development for the network, working across digital, TV and film platforms.

He joins having been chief creative officer at Banijay Group-owned Zodiak Kids Studios, which he left last year. He took up his new role earlier this week.

Casemiro will be based at Nickelodeon’s LA-based offices and reports to executive VP of animation Ramsey Naito.