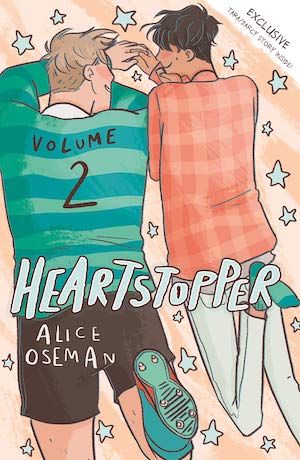 The four young adult graphic novels that make up the collection were created by Alice Oseman and follow a love story between two teenagers – one an openly gay deep thinker and the other a rugby player – at an all-boys grammar school in the UK.

Oseman had initially used a Kickstarter campaign to fund the publication of the novels, before agreeing a deal with Hachette Children’s Group, which published the first book in February through its Hodder Children’s Books imprint.

The deal with See-Saw, which has been behind BBC drama Top of the Lake and 2010 feature The King’s Speech, was struck by Emily Hayward Whitlock at The Artists Partnership in association with Claire Wilson at literary agency RCW.

See-Saw’s head of development Patrick Walters confirmed the news on Twitter, as did Oseman.

She said: “This doesn’t mean something will definitely be made. There are sooo many obstacles to get through yet!! But what I can say is that I am working very closely with a small, incredibly passionate group of individuals at SeeSaw who all care so deeply about Heartstopper.”