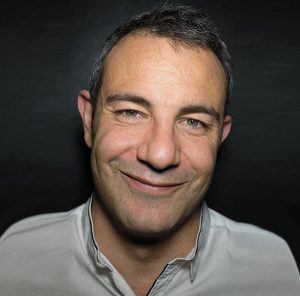 When I first started my career in the entertainment industry back in the early noughties, ‘authenticity’ was nothing more than a buzzword.

Content specifically geared towards kids was primarily in the animated space, which was more fantastical in its execution and more forgiving in nature when it came to political correctness. Live-action offerings for the younger demographic was limited in both numbers and scope, and there was a clear lack of diversity and gender representation for kids, except in shows such as Degrassi, which tackled teen issues head on.

Most of the popular mainstream live-action teen programming such as Beverly Hills 90210, and Clueless, provided great entertainment but only touched on teen issues in a milder way and usually in the glossy setting of a California environment.

Fast forward to present day and the pendulum has swung towards authenticity and truthfulness when it comes to the representation of kids, where representation of race, gender and social issues are becoming more common in entertainment. The advent of social media has allowed kids to have a voice and express their opinions, with the likes of YouTube creating a great platform – without any filtering from producers or TV executives – for commonality with others and highlighting a broad range of issues that otherwise would have been kept under the radar.

As bystanders we have been able to witness this movement and encapsulate authenticity in both characters and storytelling, while implementing a shift towards realism and credibility. The fact that kids became empowered to create content represented their ‘authentic’ selves allowed us as producers to use this as guidelines in our own storytelling.

As producers of the live-action series Find Me in Paris for example, we made a conscious effort to craft characters from diverse backgrounds, social origins and gender oreintations, to ensure that these stories were expressed from an organic point of view, as opposed to feeling forced or fabricated.

Jeff Chase, a character played by actor Castle Rock is an openly gay hip-hop dancer who struggles with the art of ballet.  His issues are the same as many of his peers, he is a teen experiencing angst. Authenticity and reliability have always been at the forefront when writing for our characters as it’s important that our target audience be represented in our series.

Although this sentiment is becoming increasingly prevalent in kids’ series, shows such as Sesame Street have been pioneers in championing inclusion and diversity for decades.  Whether it’s creating a character with autism or introducing Kami, a five-year-old HIV-positive girl Muppet orphaned by AIDS, there isn’t a topic or character type that the producers haven’t shied away from which is both refreshing and inspirational.

Undoubtedly, we have come along way. Are we in a great place yet? Not entirely. The preschool world is probably best in class for showing authentic and varied characters. Take Doc McStuffins for example, which was the first animated series on Disney Jr. to feature a black female lead.

However, archetype characters are still prevalent in many kids’ shows as of late. The white sporty athlete and the blonde cheerleader are still “go to” characters in some series, as is the racially diverse character with a heavy accent; although this trend seems to be bucking as audiences become savvier and content creators become more aware and socially responsible.

So, although we have made exceptional progress as an industry, we still need to fine-tune the characters we are creating, ensuring that race, gender, and sexual orientation are fairly represented to reflect and connect with our broad and beautifully diverse viewing audience.