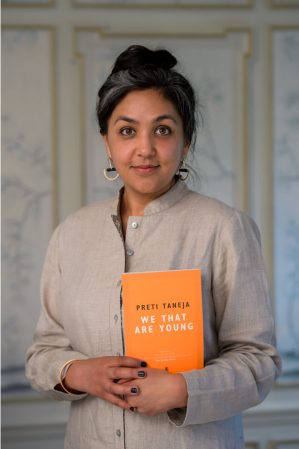 Released in August 2018, Preti Taneja’s (pictured) novel We That Are Young is a reimagining of the classic tale, which tells the story of a power struggle within a billionaire Indian family dynasty. The novel, which has received widespread critical acclaim, recently received the Desmond Elliott Prize – a high-profile UK prize for first-time novelists.

Dattani acquired TV rights to the book on first publication and will serve as an executive producer on the show.

Gene Stein, president of television for Gaumont US, said: “We That Are Young is a work of epic scope and depth, providing a deep insight into today’s India, and the clash of tradition with modernisation, as well as nuanced sexual politics. We intend to shoot this series on location in India with the highest degree of authenticity while creating an elevated dramatic storyline with true global appeal.”

Dattani added: “Preti Taneja’s King Lear story works remarkably well with a critical look at the balance of power in contemporary India through its three female protagonists in charge of a powerful dynasty in a patriarchal society.

“Gaumont and I have a similar vision for this series, and I feel honoured to be collaborating with a company that brought us the hugely successful Narcos, amongst so many other shows.”