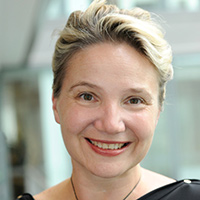 Based in London, Wood will be responsible for heading up Lionsgate UK’s international television sales efforts to a broad range of digital and linear platforms in Europe, the Middle East and Africa.

She joins Lionsgate after a 15-year tenure at Warner Bros. in the International Television Distribution division where she most recently served as senior VP of sales for Russia, Central and Eastern Europe, and Sub Saharan Africa.

Jim Packer, Lionsgate’s president of worldwide television and digital distribution, said: “With Nicky’s impressive background and expertise in media sales and distribution, she will help expand the reach of our content across Europe, the Middle East and Africa. She has a strong understanding of the diverse needs of the many content platforms with whom we partner, and she adds great value to our deep and experienced team.”

Woods adds: “I am thrilled to be joining the dynamic Lionsgate UK team. The opportunity to bring to market Lionsgate’s world class content and to work with one of the leading sales teams in the business, will be an extremely rewarding experience.”