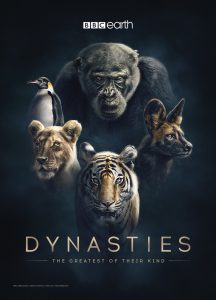 BBC Studios CEO Tim Davie said that the company’s distribution business is going through a “radical change” during a MIPCOM keynote, where he explained the decision behind bringing the BBC’s production and distribution arm together earlier this year.

Davie noted during the conference that the aim of the merger is to bring British, high-end, editorialised content to wider audiences and “at speed”. This means its distribution business is changing along with the wider industry.

“We are definitely changing what we see as distribution, pretty fundamentally, in terms of the skills needed and the level of sophistication we need,” he said.

Davie explained that while finished programme sales are still a significant market, the distribution business has become a “strategic task” requiring a different skillset.

“I think it is a different art. It demands different skills, we’re committed to training people in a different way, because – and this is the case with lots of industries being disrupted – if you think you can just repeat and success will follow you’re in big trouble.”

Davie also stressed that he is looking to pursue more partnerships that give BBC works scale, which ultimately helps the BBC retain talent in a competitive business. Just this week, the BBC revealed that it will coproduce with Netflix on a new title named Dracula; it signed a first-look deal with Lionsgate Television for US original shows and partnered with Tencent BBC Earth Tribe, an online fan community for Chinese fans of natural history programming such as Dynasties (pictured).

“We’re very focused on being a global company but powered by British creativity,” he said.