Reality format Temptation Island is set to launch in Germany on RTL and TV Now. 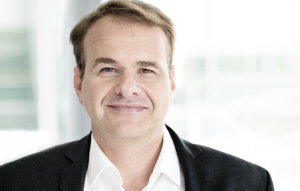 The adapted reality series is produced by Banijay Productions Germany and is set to air in 2019.

The ultimate endurance test, Temptation Island – Temptation in Paradise, will see four couples at a crossroads in their relationships travel to a summer resort where their fidelity is tested.

Based on the original Banijay Rights format, the German remake was jointly commissioned by RTL and TV NOW, Mediengruppe RTL’s video-on-demand service.

The format was also recently picked up by USA Network and is set to be produced within the Banijay Group US footprint.

Casting for the title is currently underway at RTL.de/Temptation.

Arno Schneppenheim, MD at Banijay Productions Germany, said: “Temptation Island is an iconic brand for Banijay Rights, having been in over 15 territories worldwide and we can’t wait to bring this dramatic and experimental show back to German audiences via RTL and TV Now.

“We are also thrilled to be the first production company creating a show specifically for the new service and are pleased it will play home to the ultimate on-screen relationship test.”

Marcus Wolter (pictured), CEO at Banijay Germany, said: “Banijay Productions Germany is going from strength-to-strength and I am so happy to see the team bringing back such an iconic show. With a burgeoning slate, the business is making great steps in becoming a leading player in the German market.”