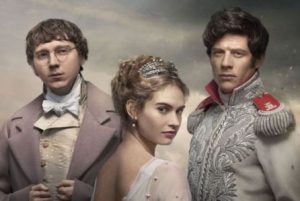 BBC Studios has increased its stake in indie scripted studio Lookout Point to 100%, in line with an option agreed in 2016. Following completion, Lookout Point will continue to be led by joint CEOs, Simon Vaughan and Faith Penhale, and will operate independently.

Tim Davie, CEO, BBC Studios, said: “Increasing our investment enables us to cement the partnership on a permanent basis and ensures Lookout Point can continue to realise its potential as a leading British player, working independently with the best talent.”

Simon Vaughan, chairman and joint CEO, Lookout Point added: “Our shared mindset over the past eight years has resulted in a fruitful relationship between Lookout Point and BBC Studios, delivering and distributing titles including War and Peace, Ripper Street and Parade’s End. BBC Studios’ respect for how we work and our creative ambition, coupled with our understanding of how they can help us achieve further growth and success, underpins our partnership.”

Faith Penhale, joint CEO and creative director said: “BBC Studios’ backing, support and partnership creates a stable environment in which we can continue to build an ambitious range of titles, and provide a nurturing home for the talent who work with us.”