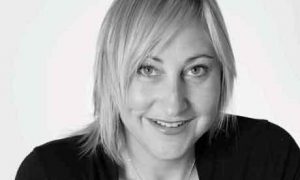 Green will become head of development for the team. He joins from BBC Studios Entertainment Development, where he was development executive and worked on shows such as Joanna Lumley and Jennifer Saunders: Absolutely Champers (BBC2).

Boseley will now act as head of factual. She was previously director of programmes at Outline, executive producing content including Great British Food Revival (BBC2) and The Big British Wildlife Revival (BBC1). She has also produced for Optomen Television.

In addition, Juliet Rice has been appointed as head of Spun Gold’s regional outpost, Spun Gold West, in Bristol. Prior to this Rice exec produced shows for Spun Gold including Paul O’Grady’s Hollywood (Channel 4).

The trio join Matt Young, who was recently made head of factual entertainment.

Spun Gold MD Daniela Neumann (pictured) says: “Spun Gold has seen a significant upturn in our business over the past year, with a rise in commissions from UK and US broadcasters across a range of genres and the success of our entertainment formats internationally.

“Bridget and Juliet are outstanding programme makers with great breadth and depth of experience in the TV industry, and Jon has a fantastic track record of creating successful returning formats.

“We are thrilled to have them all on board to lead their departments and help Spun Gold’s continued growth in both our London and new Bristol bases.”