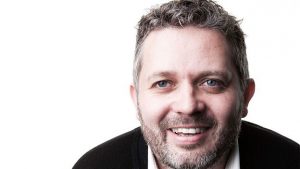 Shane Allen, controller of BBC Comedy Commissioning, has unveiled a broad slate of new comedy series for the full range of the UK broadcaster’s channels. Highlights include a 60th Birthday Special for Lenny Henry and a high-concept sitcom for BBC1 called Ghosts.

Efforts to improve onscreen diversity include a BBC3 sitcom about three modern Muslim girls entitled Diary of a Hounslow Girl (working title). BBC Comedy also announced its continued commitment to developing talented BAME comedy writers, with its second Felix Dexter Bursary initiative. A six-month bursary will be awarded to train an aspiring comedy writer to develop their skills at the BBC. 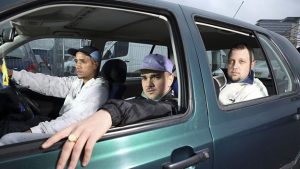 Allen said: “The last few years in BBC Comedy have been a boom time for new talent with award-winning shows including Fleabag, This Country, The Young Offenders and People Just Do Nothing (left). These are shows that have taken a risk on new talent, which have resulted in comedy from the heart that has a very real sense of place and with characters you grow to care about – who earn those emotional twists and turns.”

Ghosts is a multi-character sitcom created by the lead cast of writer-performers from the award winning Horrible Histories and Yonderland. It is set in the crumbling country pile of Button Hall, which is home to numerous restless spirits who have died there over the centuries – each ghost very much a product of their time. The lives – or, rather, afterlives – are thrown into turmoil when a young urban couple inherit the peaceful derelict house and make plans to turn it into a bustling family hotel.

On BBC 2, there is a new series of Motherland from Delightful Industries while BBC3’s comedy line-up includes six-parter Back To Life. Written by Daisy Haggard and Laura Solon, Back To Life follows Miranda Thomas, a woman who committed a crime many years ago. In the show, she has just returned to her family home, aged 36, with no job, no friends and no choice but to move back in with her parents.

Also on BBC3 are new seasons of Comedy Slices and satirical short form series Pls Like. Still on shortform, BBC3 is launching Threesomes, a new strand in which three comedy writers and performers will be given the opportunity to bring their ideas to screen in a series of three x 3-minute shorts. BBC4 meanwhile will air comedy drama There She Goes. Produced by Merman, it tells the story of severely learning disabled 9-year-old girl Rosie (Miley Locke), her dad Simon (David Tennant), mum Emily (Jessica Hynes) and brother Ben (Edan Hayhurst). All the stories and characters are drawn from the real life experiences of the series writer Shaun Pye, whose daughter was born in 2006 with an extremely rare chromosomal disorder.

Allen said: “In a world where there’s more competition for established talent we want to broaden and cement our commitment to finding the very best of new wave talent and how we’re going to achieve that is through a comprehensive talent ladder to provide opportunity to an array of emerging voices and performers. We get excited by the stories that haven’t been told and the voices we haven’t yet heard which is why you’ll see more diversity of all kinds in the output over the next few years.”