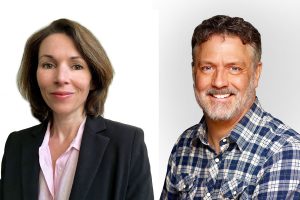 Love Nature, a joint venture between Blue Ant Media and Smithsonian Networks, has appointed a range of development and production staff for its commissioning office in Washington, D.C.

As part of the expansion, Alison Barrat has been appointed vice president of production and development and James Manfull to executive producer.

Barrat, who arrived from Living Oceans Foundation, will provide creative leadership on new projects for Love Nature’s growing slate and is responsible for executing programming strategies for the brand’s international channels through development and production.

Serving as the main point of creative contact for both in-house and independent production companies, Barrat will also work with producers to scout and develop production and on-screen talent for the brand’s projects.

Reporting to Carlyn Staudt, EVP of programming and development at Love Nature. She will join the Love Nature team at Sunny Side of the Doc this June.

Manfull will be responsible for overseeing the production of Love Nature’s commissioned series and documentaries. Manfull will also work closely with production companies and Alison Barrat to identify, review and develop new projects for the brand’s slate.

“This is an exciting time for Love Nature as we add world-class talent to our commissioning team, which will see us growing our slate with more returnable series and formats for wildlife and nature fans globally,” said Staudt.