FremantleMedia North America (FMNA), together with Random House Studio and Dancing Ledge Productions, has signed an exclusive deal with The Alchemist author Paulo Coelho to develop the first-ever TV drama series based on his work. 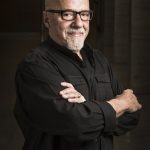 Exploring themes and characters from his novels, The Devil and Miss Prym, Brida and The Witch of Portobello, the crime thriller will delve in to the human condition.

The untitled series follows a young priest who embarks on a journey of self-discovery and redemption. He is ostracized by his church, a fugitive from the law, and hunted by a powerful crime family.

“There has never been a more prolific, thought-provoking and socially engaged author as Paulo Coelho,” said Di Loreto, president of scripted entertainment. “His stories make us look at the world differently, tapping into our true selves to further discover our place within the journey for hope, inspiration and social change.”

Coelho is best known as the author of The Alchemist, which has sold more than 200 million copies worldwide, has been translated into more than 80 languages, and remains a New York Times best-seller 25 years after its initial publication.