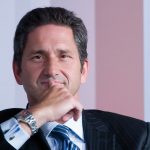 Liberty said that it was dropping the deal after “failing to agree on revised commercial terms with the sellers that take into account current regulatory and market conditions.”

“We remain confident in the business prospects of our Polish operation and will consider other accretive consolidation opportunities as and when they arise,” said the company in a statement.

Liberty first announced in October 2016 that its Polish unit, UPC Poland, would acquire Multimedia Polska in an all cash transaction that valued the country’s third-largest cable operator at PLN3 billion.

At the time Liberty said that the final price was subject to potential downward adjustments based on the operational and financial performance of Multimedia prior to closing.

Mulitmedia Polska said in a separate statement, issued to Reuters, that the two companies had decided to terminate the agreement after not being able to agree “final trade and business arrangements”.

The news comes after lengthy delays to the deal, with Polish regulator UOKiK ruling in October that Liberty’s acquisition of Multimedia Polska could restrict competition in a number of cities across the country.

In a statement issued on Friday, UOKiK said it has discontinued its proceedings as UPC Poland had withdrawn its application seeking consent for the deal. It was due to make a ruling on the case by the end of the month

UOKiK said that based on its market research, the concentration of the two companies would havelimited pay TV competition and access to fixed-line internet in 11 cities in Poland.

While UPC Poland submitted data and explanations to the regulator, UOKiK said that proposed modifications to the deal would not have prevented the “negative effects of the contribution”.

The news comes less than a week after Bloomberg reported that Liberty Global is in early-stage discussions with Swiss service provider Sunrise about combining their businesses in Switzerland.

Late last year, Liberty Global CEO Mike Fries (pictured) spoke at the UBS Annual Global Media and Communications conference, where he said that Liberty would be a “buyer or a seller” in markets where it lacked scale.

“National scale is what matters in Europe,” said Fries. “In the connectivity business it is about national scale and we are driving towards that.”

In February, Vodafone confirmed that it was in early stage discussions with Liberty Global about potentially acquiring parts of its European operations.