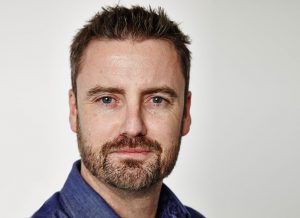 UK distributor DRG is planning to invest in a spate of production companies, and has kicked off the strategy with a deal for a stake in a new firm from a pair of former ITV Studios execs.

The size of DRG’s investment is unclear, and a separate negotiation means the distributor will get a first-look at all Double Yellow programming.

Wells and Middleham are known for producing shows such as Ant and Dec’s Saturday Night Takeaway, Parkinson and NBC’s Hit Me Baby One More Time.

Before Double Yellow, they ran Rain Media Entertainment, and prior to that were at UK broadcaster ITV’s production arm. There, Wells was controller of entertainment and Middleham was executive producer for entertainment.

Double Yellow has just delivered its first commission, a two-hour documentary for ITV, which will soon be announced officially.

Included in the investment is financial and business support and expertise of the international market, with Double Yellow moving into DRG’s new Central London offices later this month.

The model, which DRG will use as a template for other deals, effectively places the Nice Entertainment Group-owned company as an incubator, providing back-end resources and helping to keep production costs down.

DRG will be making its new office a ‘drop-in’ space for other producers, giving them access to edit suites, desks and meeting rooms, plus international sales and content executives. The business is describing the offer as “no strings attached”.

“We are lucky to be moving to very spacious, central premises and we will be encouraging both our current producer partners, as well as other indie content businesses, to ‘drop in’, use the space and take advantage of the support we can give to creative,” said Richard Halliwell (pictured), who became DRG’s chief executive in June last year.

“We recognise that starting-up can be daunting, lonely and expensive. Our plan is to finance and offer everything from coffee and a desk to broad-based business support. We hope that producers will also meet each other here and share experiences.”

He added that Double Yellow’s founders had created “just the sort content business” that DRG wanted to back – “small, nimble, well-connected, very creative and with an inherent feeling for what works and what doesn’t across a range of genres”.

”The fact that we can grow our relationship in a new creative space is also very exciting,” said Halliwell. “Being able to talk face-to-face on a daily basis will be a huge advantage in getting the best shows commissioned and financed, as well as placed with the right broadcasters and platforms internationally.

“As we evolve into a more rounded content business we are keen to invest in more producers like Double Yellow Television and are now actively looking for new partners.”