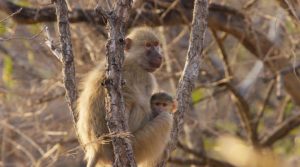 The Blue Ant Media and Smithsonian Networks joint venture service is now available, localised entirely in German, to Amazon Prime members in Germany and Austria for €3.99 a month.

Love Nature said that viewers in these countries will have exclusive access to a large library of programming, which includes 45 hours of new original content and nature scenes produced by Love Nature.

“Our collaboration with Amazon Channels is an incredible opportunity for us to premiere Love Nature’s stunning wildlife and nature programming to German-speaking fans, with our first localised service,” said Carlyn Staudt, executive vice president of programming and development at Love Nature.

Staudt was drafted in to the Blue Ant Media-owned Love Nature stable earlier this week.

Amazon launched its Amazon Channels offering in the UK, Germany and Austria in May allowing Prime users to add live and on-demand TV as part of their subscription package.