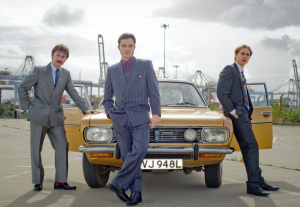 As a result Westwick, who denies the accusations, has paused filming on the second season of BBC Two comedy White Gold. Netflix has international rights to the show, which buyers responded to well at the BBC Worldwide Showcase earlier this year.

UK pubcaster the BBC has also taken Agatha Christie’s Ordeal by Innocence, which was due to air on BBC One, out of its Christmas schedule as the latest matters are handled.

The BBC said in a statement: “These are serious allegations which Ed Westwick has strenuously denied.

“The BBC is not making any judgement, but until these matters are resolved we will not include Ordeal by Innocence in the schedules.

“The independent production company making White Gold has informed us that Ed Westwick has paused from filming while he deals with these allegations.”

Westwick, who appeared in The CW drama Gossip Girl between 2007 and 2012, has said he will work with authorities to prove his claimed innocence.