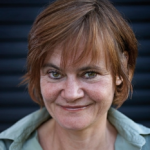 DR’s long-serving drama chief, Piv Bernth, is exiting the Danish pubcaster to create her own prodco.

The exec is well known for championing series such as Forbrydelsen (The Killing) and Borgen (The Bridge) and Follow the Money, but is leaving to launch Apple Tree Productions at the end of November.

Bernth has led DR Drama since 2012, but has worked at or for the pubcaster for three decades in total.

Her deputy, Lars Hermann, and DR producers Dorte Riis Lauridesen and Anders Toft Andersen will join her at the new prodco in December. Another producer, Karoline Leth, is joining in March 2018.

“There is no doubt that it is a loss for DR that Piv Bernth has chosen to end her time as a drama chief, but even though I’d like to see Piv Bernth continue, I also understand her desire to try something new,” said DR culture director Time Smedegaard Andersen.

“I would like to thank Piv Bernth for her impressive efforts to bring the Danes innovative world-class television drama. I wish her good luck in the future.”

“DR has been my home for over 30 years, as a freelance director, producer and the past five years as a drama fan,” said Bernth. “It has been wonderfully instructive and magnificent era to be a part of. The time is now right to bring new momentum to DR, and I’m looking forward to meeting new challenges.”

DR Culture director Lene Nordin has been appointed deouty director of DR Drama to oversee the unit while replacements for Bernth and Hermann.

Both roles are being opened to applicants this week.

DR is currently producing two dramas, Herrens Veje (The Road to the Lord) season two and Liberty, which Bernth will continue to executive produce on a limited basis, while Toft Andersen will continue as creative producer on the third season of Bedrag.

“We will certainly to miss these incredibly skilled people who have chosen to found a new production company,” sais Smedegaard Andersen.

“Fortunately, DR Drama has an extremely high level of creativity and production, which has had recognition both at home and internationally for years, so the new creative forces [we bring in] will be on a solid foundation to continue to develop a strong DR drama department.”