Starz Play Arabia has raised US$125 million to date after closing a third round of funding and plans to make its first push into original content. 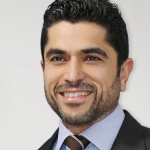 In an interview with TBI sister title DTVE, Starz Play CEO Maaz Sheikh said that the company is looking to produce original Arabic shows, and is also hoping to launch the service in new markets by the end of the year.

This is part of a wider plans to continue improving Starz Play Arabia’s content line-up and user experience, following recent output deals with Universal and 20th Century Fox and the introduction of offline viewing options.

While Sheikh would not disclose how much of Starz Play’s US$125 million to date had come from its third round, the recently closed funding included participation from global asset management firm State Street Global Advisors, private equity firm Delta Partners and existing investors SEQ Capital Partners and Lionsgate-owned Starz – which remains Starz Play Arabia’s majority shareholder.

“We will be looking at co-producing or producing some original Arabic shows in the region that are relevant to the youth and relevant to the audience that we are targeting in the MENA region,” said Sheikh.

Discussing the content plans further, he said Starz Play Arabia’s originals would focus on the Saudi market, would be drama-oriented, and target its core market of 18-24 year-olds.

“One of the challenges in this region has been that free-to-air is very strong,” said Sheikh. “It’s [about] finding that content that’s differentiated from free-to-air… is different, edgy and compelling.”

Currently Starz Play Arabia is available in 19 countries across the MENA region and the SVOD service is now aiming to launch in two or three more markets by the end of the year – most likely in Q4.

“We are looking to expand beyond MENA with the recent investment, so the goal is to look into markets adjacent to MENA. Where we find opportunities with the right partners on the ground, those are the markets we’re going to focus on,” said the Starz Play boss without going into specifics.

On top of this Starz Play Arabia is looking to shore up its overall TV and movie offering, which includes US series and movies, Arabic content, as well as kids programming.

“Now we are working with all the major studios and strengthening our position also on the first-run TV shows and showing TV shows that are day- and date- with the US. That’s a big part of our investment,” said Sheikh.

In terms of strengthening Starz Play’s product and user experience, he said that the company continues to introduce new features and new technology.

“That’s been a big part of our evolution because, especially in North Africa where the mobile broadband rates can be expensive, people tend to download content on WiFi and then watch it in an offline mode.”