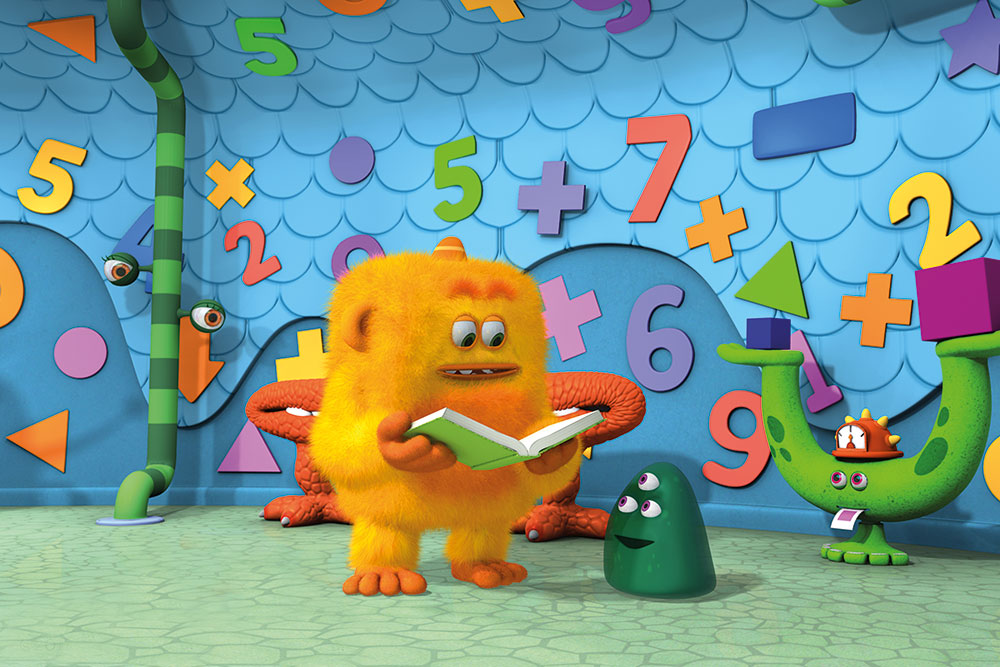 As technology continues to blur the line between linear and OTT, the opportunities for content providers are never greater than when delivering programming to digital natives. What began as a trickle is becoming a tidal wave, TBI reports.

Hopster was an early entrant into the world of entertainment apps for kids and, with its emphasis on learning through entertainment, it is now available on tablet, mobile and connected TV in 100 countries.

Founder and CEO Nick Walters says that the youngest children don’t come to the platform with preconceptions, which gives content providers scope to push boundaries. “It’s been interesting to see the importance of interactivity,” says Walters. “We now deliver almost as many game plays a month as we do videos.

“We see a lot of mixed usage, particularly for the preschool audience. It tells you that kids don’t have a mental border between ‘This is a video service’ and ‘This is a games service’, and never the two shall meet. They come looking for entertaining, engaging things to do, and if they find them then they’ll follow those wherever they lead.”

Hopster has now partnered with publisher Harper Collins to add picture books to its offering and has also launched a digital playroom to help kids develop their motor skills. Longstanding deals with Hit Entertainment, Entertainment One and DHX Media deliver familiar characters like Thomas & Friends and Bob the Builder to its users, and Walters says they’ve had great success with Learn to Draw minis, which are 60-second segments.

Content with educational value is core for Celestial Tiger’s channel Miao Mi TV, launched in Asia and now on Amazon in the US.

“One of the good things about the Amazon platform in particular and OTT content more broadly is the robust data that’s available,” says CEO Todd Miller. “It gives us a lot of insight into how consumers are using the content we provide and allows us to craft a better service.”

Miao Mi TV users can select whether to watch shows in their native language or in Mandarin. “With the caveat that it is early days and our marketing is just getting into high gear, I think the biggest surprise for us is that our educational classroom content is being consumed significantly and often equally to our edutainment content,” says Miller.

This content consists of short segments of one or two minutes that offer a specific and discrete educational point regarding language. Increasing content for its classroom area, providing more local-language options in Asia, launching in Europe and securing another major carrier in the US are all priorities.

Toon Goggles has deep roots in the kids OTT arena and is available on TV and mobile devices in over 196 countries. For CCO Lee Adams it’s not a question of competing with major kids networks. “Our 24-hour, anywhere/anytime platform provides a 360-degree experience that is way beyond the standard viewing on kids networks,” says Adams. “Not only does Toon Goggles offer a plethora of incredible content from all over the world, it also provides a robust music channel, video games, interactive e-books and fun camera-filter features.”

Short-form, original animated series Eddie is a Yeti is a top performer on Toon Goggles, and Adams says: “Our content ranges in length from one minute to 11 minutes. The compelling nature and creativity of the programming determines the user length and frequency.  A great show performs well regardless of its length.”

Magic Academy teaches kids to do tricks, and Adam says that Toon Goggles wants more live-action to broaden the range of content beyond animation.

Digital Media Rights has benefitted from the data OTT services can provide. With five other OTT properties in its portfolio, kids service Cocoro (left) is its newest launch.

“We have the benefit of being a large aggregator into major platforms in the US, so we have a lot of data,” says director of programming and marketing J.P. Garcia.

“One of the reasons we put out a kids channel is that we saw those titles resonate, and we saw very strong view-through rates.”

Garcia says previous OTT services were able to come up the rankings with little marketing, but with the major networks coming out with their own OTT products, the landscape was busier in 2016 for Cocoro’s launch.

Cocoland is an area of content populated by six original characters and is a way of forging a bond with users.

“That’s the first step in creating some original content,” says Garcia. “We have a group of characters we created, all unique with a backstory, and we intend to scale that, whether through original programmes within the channel or creating new apps specifically for the characters. It is our intention to create an audience not just around the content that we acquire but the content we create.”

Cocoro aims to stand out by combining international brands including Hello Kitty with shows like Korean titles Pororo and Kung Food.

“The difference between Cocoro and major kids networks is that we offer very strong international content,” says Garcia. “A lot of families travel to different countries, and kids are exposed to original content in those territories, but when they come back the shows are not there. So we have been very strong in that we are in every market, constantly acquiring new content and focussed on international content.” 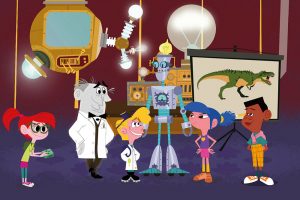 Kids Genius Cartoon Channel (Thomas Edison’s Secret Lab, left) is known for its signature Baby Genius and SpacePOP brands, and its move onto Roku, Apple TV and Amazon Fire will increase its reach by 20 million households.

“We are seeing our greatest opportunity for growth through OTT streaming platforms,” says president of Kid Genius Cartoon Channel Debra Pierson. “There has been huge growth for connected TV.

“Viewing content across different platforms used to mean you had to keep logging in and choose your selection every time on different devices. This way, you set up, and whatever device you pick up, you start where you left off.”

User’s ability to create their own schedule – whether it’s adults curating playlists for their pre-schoolers or older children making choices for themselves – is another big attraction of OTT. “It gives us an ability to really understand our consumers,” say Pierson.

“You can see by their viewing habits what they’re watching and tuning into. We also have an opportunity to test out our original programming. You can run shorter-form content and see how it’s going to work.”

As connected TV rolls out, enabling consumers to sync phones, tablets and TVs, the blurred line between linear and OTT will disappear altogether. As Hopster’s Nick Walter’s says: “OTT is a tidal wave. It’s how most video content will be delivered in five years time.”