Gaumont has named Adam Fischbach as its new creative affairs boss as a restructure continues at the independent studio. 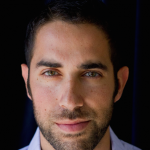 Maia Hollinger has also joined Gaumont from Brillstein Entertainment Partners where she was director of television development.

With distribution now headquartered in LA, relocating from London, Shapiro recently joined from Marvista. She also oversees marketing and appointments are expected in coming weeks.

Fishbach was announced this week as the head of an expanded creative affairs team in LA. He has been with Gaumont since 2013.

In another internal promotion, Sean Wolfson, has been upped to manager, creative affairs

In the meantime, Farish, Semon and Pack have exited amid the recent changes.

“As part of our growth it was the perfect time to acknowledge Adam for all of the great work he’s done these past three years,” said Gene Stein, president, Gaumont Television US.

“We are also pleased to be adding Maia to our experienced team with Alex, as well as recognising Sean with this promotion. We look forward to heading into 2017 with this newly expanded department.”