Production hub for show at centre of IP battle 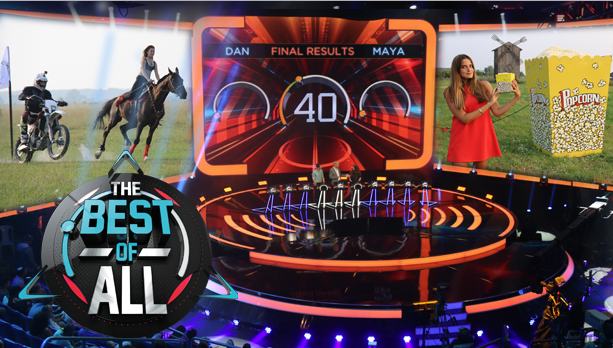 The producers of The Best of All gameshow are setting up a European production hub for the show. The news comes as Israeli free-TV broadcaster Reshet orders a second season of the shiny-floor show.

The format is at the centre of an ongoing format dispute between its producer, FremantleMedia-owned Abot Hameiri, and Banijay Group, which owns and sells the rival All Against 1 show.

Dori Media distributes The Best of All and said today a European hub is being created to make international versions of the show. The Reshet show will be made at the hub in the first half of next year, with other broadcaster and production partners to be confirmed.

Season one of the show fared well in Israel, notably among younger teens.

The show tests the theory that a crowd of people will answer a question correctly more often than an individual, and even an expert. It pits hundreds of people against individuals answering visual questions for money.

“Reshet’s decision to schedule The Best of All in this slot was based on the broadcaster’s belief in the strength of the format that it could re-establish the slot’s popularity with its target audience.

“The results we have seen from the first season show that this belief was well founded. We look forward to continuing our successful partnership with Reshet and Abot Hameiri Productions through 2017.”

The controversy over the The Best of All and All Against 1 looks set to be resolved in a UK court, meanwhile, with neither side backing down in the dispute. Banijay has announced new deals for its show recently while Dori was also shopping its format at MIPCOM.