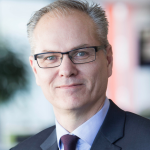 The Swedish state, through cabinet minister Mikael Damberg, approved the sale of all the shares of Boxer TV to Com Hem.

The green light means that Com Hem must now just wait for approval from the Swedish Competition Authority before the acquisition can be completed.

“We are of course very pleased with the State’s decision and look forward to a positive response from the Swedish Competition Authority as well,” said Com Hem CEO Anders Nilsson.

The Competition Authority is expected to make its decision by October 27, 2016.

Com Hem agreed to buy Boxer, the pay TV operator in the digital terrestrial television network in Sweden, from state-owned Teracom in June.

At the time Com Hem said the deal will help it to move into the single dwelling unit market in Sweden with Boxer having roughly 500,000 subscribers that are predominantly in this market.

Com Hem said it expects the deal to generate approximately SEK300m in additional underlying EBITDA for the Com Hem Group.