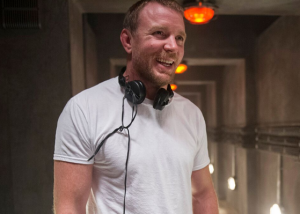 This will see the US studio arm of Endemol Shine Group working with Ritchie and his production partner, Lionel Wigram, who co-founded Ritchie/Wigram Productions.

This marks the first time Ritchie, who is known for creating highly-stylised comedy-drama films, and Wigram have signed a TV development deal.

The focus will be on developing original scripted series for the global television market. Ritchie will direct the resulting projects, and will write along with Wigram.

Ritchie/Wigram execs Jeff Ludwig and Ivan Atkinson will acquire and develop projects out of LA and London.

For Endemol Shine Studios, which produces DirecTV’s Kingdom and AMC’s Hell on Wheels, it is the first development deal it has signed since former Sony Pictures Television scripted exec Sharon Hall became president in March.

“Guy and Lionel’s brand is undeniable for this new global marketplace,” said Hall. “We have already identified projects that extend that brand into TV with the same smarts and swagger they are well known for.”

Ritchie and Wigram first collaborated on Sherlock Holmes and sequel Sherlock Holmes: A Game of Shadows. They launched their prodco in 2011 and have gone on to produce features such as The Man From U.N.C.L.E.

Wigram is known for buying the Harry Potter books for Warner Bros. and subsequently overseeing the eight films in the series. He is also a producer on J.K. Rowling’s next movie outing, Fantastic Beasts and Where to Find Them.