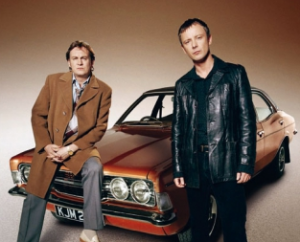 Latin American SVOD service Qubit.tv has licensed a “significant” amount of content from the commercial arm of UK pubcaster the BBC.

The deal means various BBC Worldwide-sold series will be made available on Qubit.tv subscribers in Argentina, Colombia, Ecuador, Guatemala, Paraguay and Uruguay.

Life on Mars, Death in Paradise, Primeval, Wallander, Wild South America – Andes to Amazon, Wild Brazil and The Man Who Crosse Hitler are all included in the agreement.

“The agreement with BBC Worldwide is a very significant step for Qubit,” said Lilián Beriro, Qubit.tv content acquisitions manager. “The inclusion of prestigious BBC content in our offer adds value to our Latin American VOD users.”

Anna Gordon, BBCWW’s executive VP and managing director, Latin America and US Hispanic, said the deal was “of great importance” as it “demonstrates our firm commitment to reach a greater number of consumers of our programming in Latin America”.

Qubit.tv launched in 2011 in Argentina as an early on-demand platform for Latin American audiences. The likes of Blim and Netflix are now available in region as millennial demand for digital content increases quickly.