A group of kids producers has written to the government, urging it to up its spend on UK-originated kids programming as the debate around funding kids TV continues. 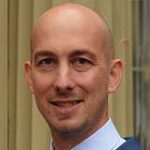 In their letter, sent last week to UK culture secretary John Whittingdale, minister for the digital economy, BBC director general Tony Hall and the BBC Trust, the producers called on the UK pubcaster to spend 10% of its budget on kids programming.

The producers also want a £55 million (US$83.8 million) ‘contestable fund’ to be established for kids programming across UK channels.

The group, which is led by Blue Zoo’s Oli Hyatt and includes Teletubbies creator Anne Wood and eOne’s kids boss Olivier Dumont, said the fund should be in addition to the BBC Children’s budget in place, not taken out of this.

It also said that should a contestable fund be introduced, public service broadcaster’s should match-fund any funding they access and there should be provisions to ensure there is programming for all age groups, with shows for older kids in particular, thin on the ground.

Hyatt (pictured) said: “Myself and the great many other professionals supporting this letter are extremely passionate and committed to maintaining high level content for children’s programming. This is a request for a discussion with all parties on how more funding can be found for children’s at the BBC and for other PSB content.”

Kids TV industry group The Children’s Media Foundation, however, has come out against the idea of contestable funding. 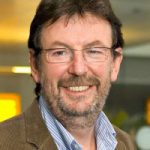 The CMF said it welcomed the producers’ letter to the BBC and government, but that it opposes the idea of a contestable fund on the basis it would represent ‘top-slicing’ of the BBC’s licence fee income.

It is advocating the government look into an ‘alternative fund’ and investigate a wider array of funding options including using Lottery cash, levies and direct government grants.

The CMF called upon the producers behind the letter to government to back its plan and lobbying efforts.

CMF Board member Nigel Pickard (right) said: “The publication of the campaign letter shows there is real support for action now. This is the last chance to redress market failure and find new money for public service children’s content in the UK. We hope that the industry will rally around the research proposal that could lead to an alternative fund.”

In the wake of the industry and CMF’s call for action, BBC Children’s issued a statement and outlined its opposition to contestable funding: “BBC Children’s is the cornerstone of investment in original UK content for children. This provides children and parents with a safe space for entertainment and learning but also supports the a competitive independent sector. The BBC’s competitive commission process, the Window of Creative Competition sees indies win 60% of commissions against BBC in-house, as well as receiving half of on-line spend in children’s.

“The decline in investment by the wider market has not been caused by the BBC. Top-slicing the licence fee would not rectify it. It would mean taking money from the most trusted provider of children’s content and require the funding of a layer of bureaucracy to administer the contestable fund.”