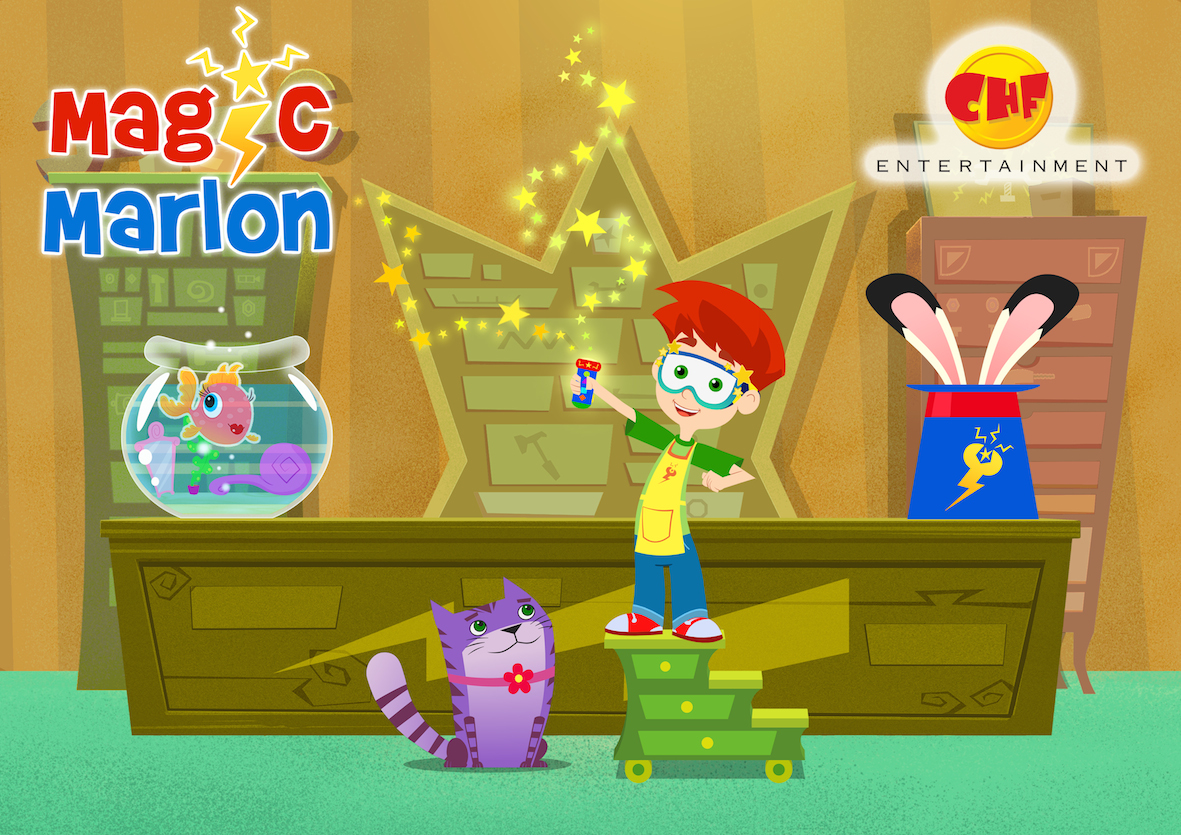 UK broadcaster Channel 5 has commissioned a new animated series from the producers behind Dangermouse, Count Duckula and Wind in the Willows.

The 52x7mins preschool toon, Magic Marlon, will air on Channel 5’s Milkshake next year in the spring or summer. It comes from CHF Entertainment, which also sold its last show, Pip Ahoy!, to Milkshake.

Magic Marlon is set in an extraordinary shop in the unremarkable town Gigglesworth, and follows lead character Marlon as he learns tricks of the trade from his father and has adventures with his talkative cat, a smart flying fish and an apprehensive rabbit that lives under a hat on the shop counter.

“Viewers can expect the unexpected from this spectacular series where mending has never been more fun,” said Jessica Symonds, head of children’s television at Channel 5.

UK-based CHF was formed in 2011 as a new studio from the creative talent behind various classic British toons who had helmed Cosgrove Hall Productions. The unit lost its president, Francis Fitzpatrick, in July, with business development chief Jenny Johnstone succeeding him.